Four die as car falls into gorge in Himachal’s Sadhupul 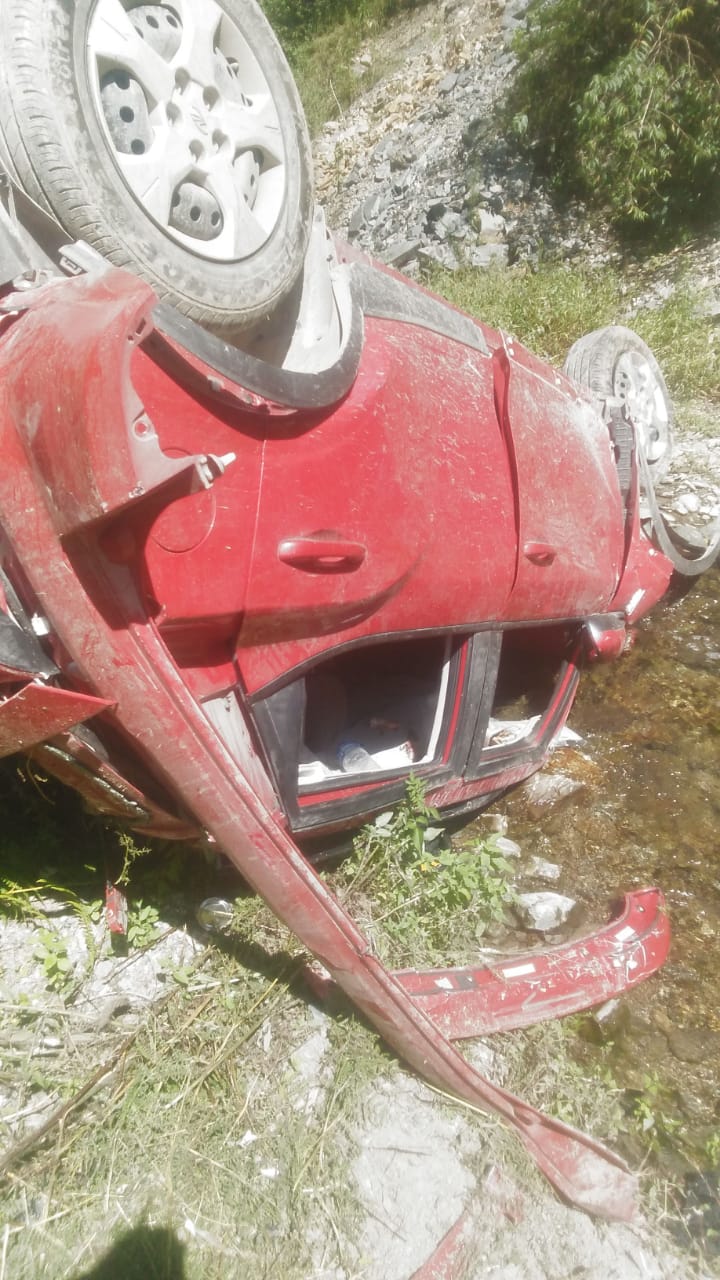 The car that fell into the gorge on the Sadhupul-Gaya (Kot panchayat) link road. Tribune Photo

Four persons were killed on the spot when a car they were travelling in fell into a 300-metre deep gorge on the Sadhupul-Gaya (Kot panchayat) link road, about 44 km from here, late last night.

The occupants of the vehicle were on their way to Himalayan resort when the tragedy struck.

Manager of Himalayan Resort informed the police that he had received a call from the deceased on Thursday night that they were coming to the resort but they could not be contacted after 11:30 pm last night.

The accident occurred at the boundary of police station east and west and the police teams of both stations reached the spot.

“All deceased were in the age group of 30 to 35 and the bodies are being identified,” said Shimla ASP Praveer Thakur.

A case has been registered and investigations are under way, police said.