2.25 lakh employees and 1.90 lakh pensioners would be benefitted from this decision 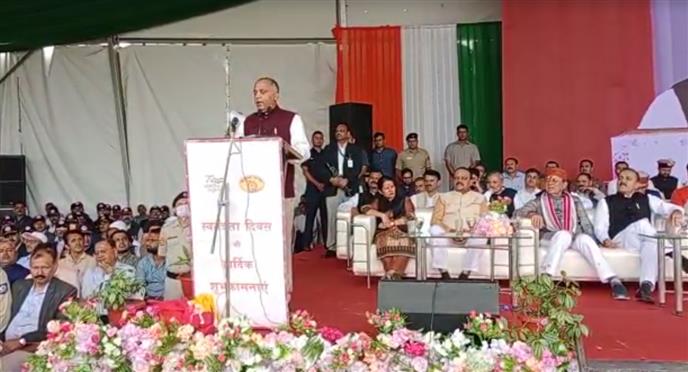 On the occasion of Independence Day, Himachal Pradesh Chief Minister Jai Ram Thakur made several announcements. In a bid to woo the state government employees ahead of the Assembly polls scheduled for later this year, he announced payment of first installment of the revised pay scale, which was implemented from January 1, 2016.

As many as 2.25 lakh employees and 1.90 lakh pensioners who would be benfitted from this announcement, on which Rs 1,000 crore would be spent. Pensioners would get first instalment of their revised pension in September.

His also announced that panchayat chowkidars, who have completed 12 years of continuous service, would be made daily wagers.

Pre-primary education policy would also be chalked out to appoint NPS teachers in schools as per the need.

Khair trees would be taken out from the 10-year felling programme and an appeal would be filed before the Supreme Court for its implementation. Simplification of rules would be undertaken to facilitate private growers who faced tedious procedure to seek felling permission. About 4,000 Zila Parishad employees have also been given relief.