Keylong in Himachal Pradesh shivers at minus 11.4 degrees Celsius 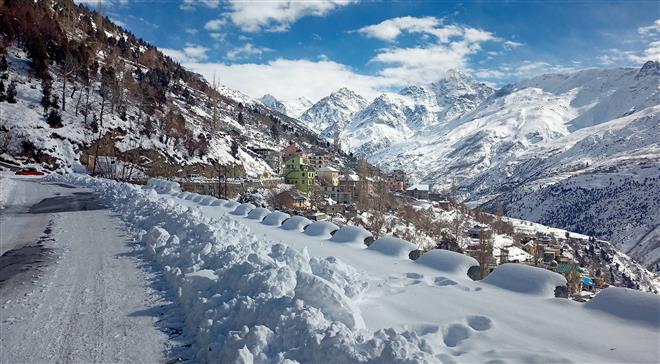 View of the snow covered area after the town received fresh snowfall, at Keylong in Lahaul-Spiti district. PTI

Himachal Pradesh’s Keylong and Kalpa shivered at sub-zero temperatures on Wednesday, while state capital Shimla registered a low of minus 5.7 degrees Celsius, the meteorological department said.

Lahaul and Spiti’s administrative centre Keylong continued to be the coldest place in the state at minus 11.4 degrees Celsius, Shimla MeT centre director Manmohan Singh said.

Kalpa recorded a low of minus 2.6 degrees Celsius, he added.

Meanwhile, the highest temperature in the state was recorded in Solan at 24.2 degrees Celsius.

The weatherman has predicted dry weather in the state till January 19. — PTI