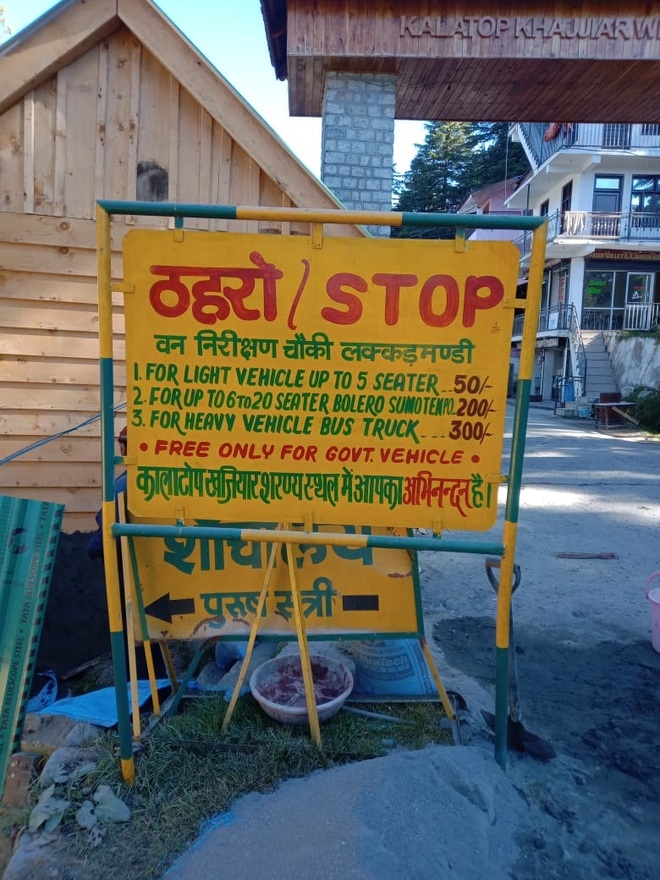 Chamba Block Congress Committee (BCC) has demanded exemption on entry fee for the local people while travelling in their vehicles to Khajjiar, a tourist destination of Chamba district, popularly known as Mini-Switzerland.

“In the name of being a wildlife sanctuary area, the forest department is charging entry fee even from the local residents which is unjustified in aspirational Chamba district”, said BCC president Kartar Singh Thakur in a handout issued here today.

Thakur said no special work has been undertaken to protect the interests of the common people in Chamba, due to which the general public was upset.

While travelling to and from Khajjiar, the local people have to pay Rs 50, Rs 200 and Rs 300 for their personal vehicles according to the seating capacity of the vehicle, he said.

As per government records, the Kalatop-Khajjiar wildlife sanctuary is under the wildlife wing of the Forest Department. But the road passing through this area comes under Chamba division of the Public Works Department. The maintenance of the road is also undertaken by the PWD.

The local people are being charged entry fee at a post set up by the forest department near Miadigala, he regretted adding that many locals from Chamba visit Khajji Nag temple at Khajjiar every day. Apart from this, the people, who travel in their private vehicles to Lakkarmandi, Jandrighat, Bakrota, Moti Tibba and GPO for their work, also have to pay entry fee every day.

Thakur warned that if the government did not give exemption in entry fee on private vehicles of the local people, the Congress would stage a protest against the policy of the wildlife wing and the government. The party would soon file a PIL in the High Court for relief to the local people.