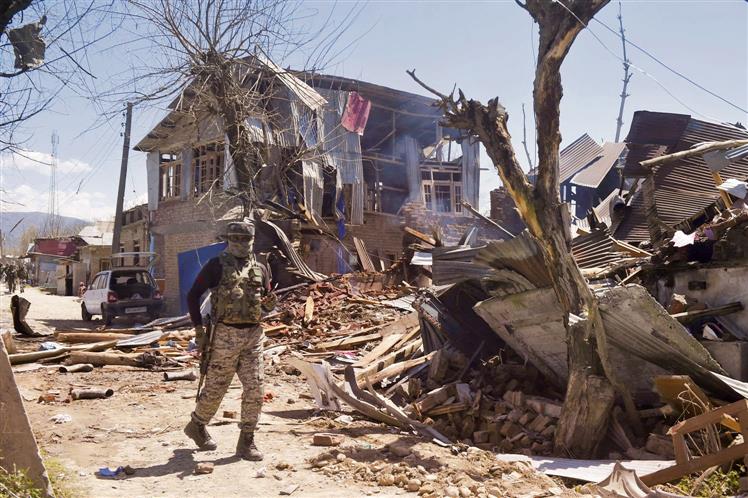 Three terrorists, involved in the Thursday’s attack on a BJP leader’s house in the Nowgam area of Srinagar, were killed in an encounter with the security forces in the Kakapora area of Pulwama district today.

Acting on specific inputs about the presence of terrorists in Dobhi Mohalla of the Kakapora area, a joint team of the security forces launched a cordon-and-search operation, police officials said.

They were fired upon while conducting searches, following which a gunfight broke out. In the exchange of fire, all three holed-up terrorists were killed. Security forces found incriminating material, including arms and ammunition, from the encounter site, officials said.

Later, Inspector General (IG) of Police, Kashmir zone, Vijay Kumar, is reported to have said the slain militants were involved in Thursday’s attack on BJP leader Anwar Ahmad’s residence in Nowgam in which policeman Rameez Raja was killed.

“Terrorists involved in yesterday’s attack on BJP leader, in which one policeman was martyred, have been killed,” the IG said. Two civilians, including a girl, were injured near the encounter site.