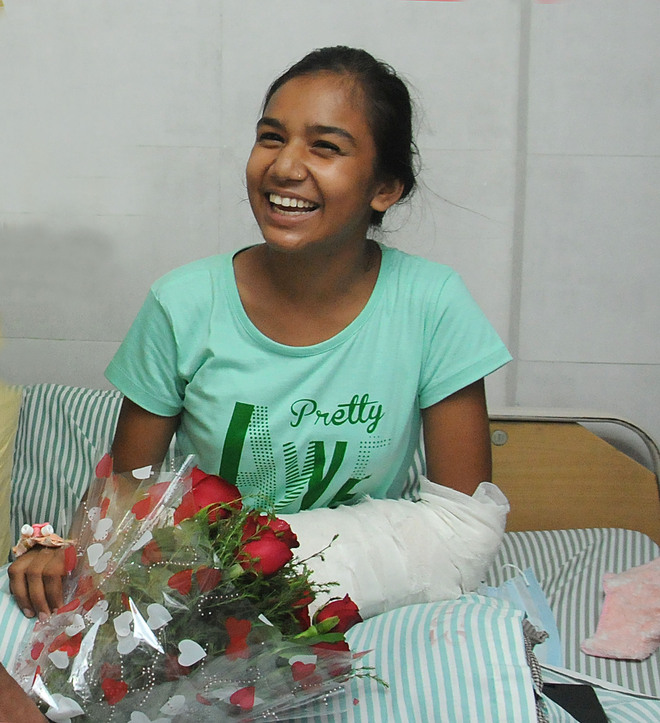 The Chief Minister’s Office, Punjab, has sanctioned a financial assistance of Rs 2 lakh for 15-year-old braveheart Kusum, who took on two motorcycle-borne snatchers, despite sustaining severe wrist injuries, following an attack by one of the accused on August 30, in the local Deen Dyal Upadhya Nagar.

Deputy Commissioner Ghanshyam Thori said a cheque for Rs 2 lakh had been received from the Chief Minister’s Office for Kusum and it would be handed over to her on Friday for her exemplary courageous act.

Thori stated that Kusum had made Punjab and Jalandhar proud and it was just a token of appreciation for her immense courage which foiled snatching. He said the administration had already recommended the name of Kusum for national and state bravery awards.

It is pertinent to mention here that the Deputy Commissioner himself handed over a cheque for Rs 1 lakh to Kusum on September 10.

Notably, Kusum, a student of Class VIII from Lala Jagat Narayan DAV Model School faced a snatching attempt on August 30 in which two bike-borne youth had tried to snatch her mobile phone, which was given to her by her brother to attend online classes.