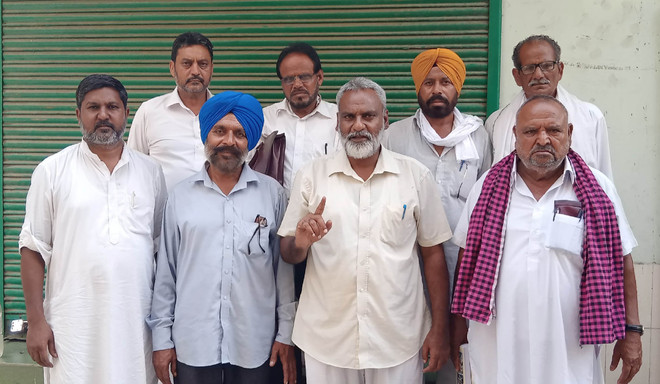 Members of the Pendu Mazdoor Union after a meeting in Jalandhar on Wednesday. tribune photo

Members of the Pendu Mazdoor Union on Wednesday decided to join the three-day morcha at Patiala to raise demands of labourers. During a meeting, the activists declared that rural and farm labourer unions’ sanjha morcha shall hold a protest at Patiala on August 9, 10 and 11 and shall hold a march to the residence of CM Capt Amarinder Singh.

The union also condemned the rape and murder of a 9-year-old Dalit girl in Delhi and demanded strict punishment for the perpetrators of the crime. Union general secretary Avtar Singh Rasoolpur and state press secretary Kashmir Singh Ghugshore said the government has sided with corporates and working against labourers. While polls promises haven’t been met, false claims regarding debt waivers of landless people were being made by the government. Cooperative societies have been kept out of the ambit of debt waivers. The government has also turned a blind eye from issues of waiver of non-government debts. They said these kind of ‘anti-labourer’ and ‘pro-corporate’ policies were fuelling unemployment and poverty.