Migrants return ahead of paddy transplantation

Hopeful of getting work to tide over financial crunch 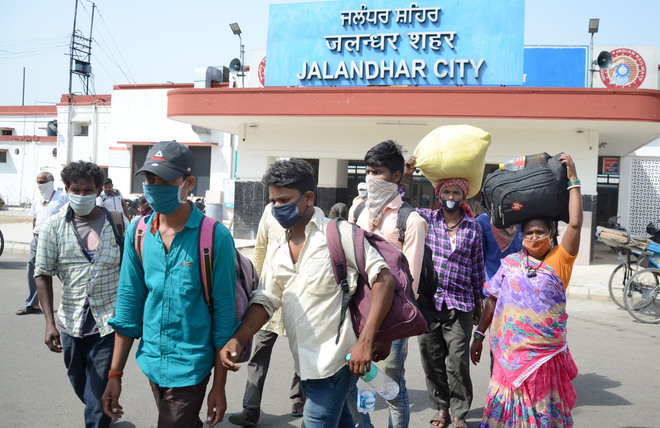 Hundreds of migrant labourers who had headed to Uttar Pradesh and Bihar due to the surge in Covid cases, were coming back to Punjab.

Jalandhar city and Jalandhar cantonment railway stations were daily witnessing huge rush of migrants as they alight and walk down hopeful of getting work, especially paddy transplantation, which officially starts tomorrow. Though officials of the Agriculture Department claimed that direct seeding method was used in half of the area under paddy cultivation, it was a common site to see farmers in Phagwara and Goraya resorting to traditional method of transplanting paddy.

As some labourers reached by Akal Takht Express or Howrah Mail or Dirbanga Express, farmers had kept their vehicles ready to take them to their fields. “These men have been coming here every season. They contacted us and sought a vehicle, so I sent my son in a jeep to bring them straight to fields,” said Bhagwant Singh, a farmer from Partappura village on Nakodar Road.

The labourers said they were hopeful of earning Rs 700-Rs 800 daily by helping farmers in the fields. “It’s not an easy job working in high temperature with feet dug up in mud for long hours, but it certainly is a good time to earn quick money,” said Sharvan Kumar, a labourer said.