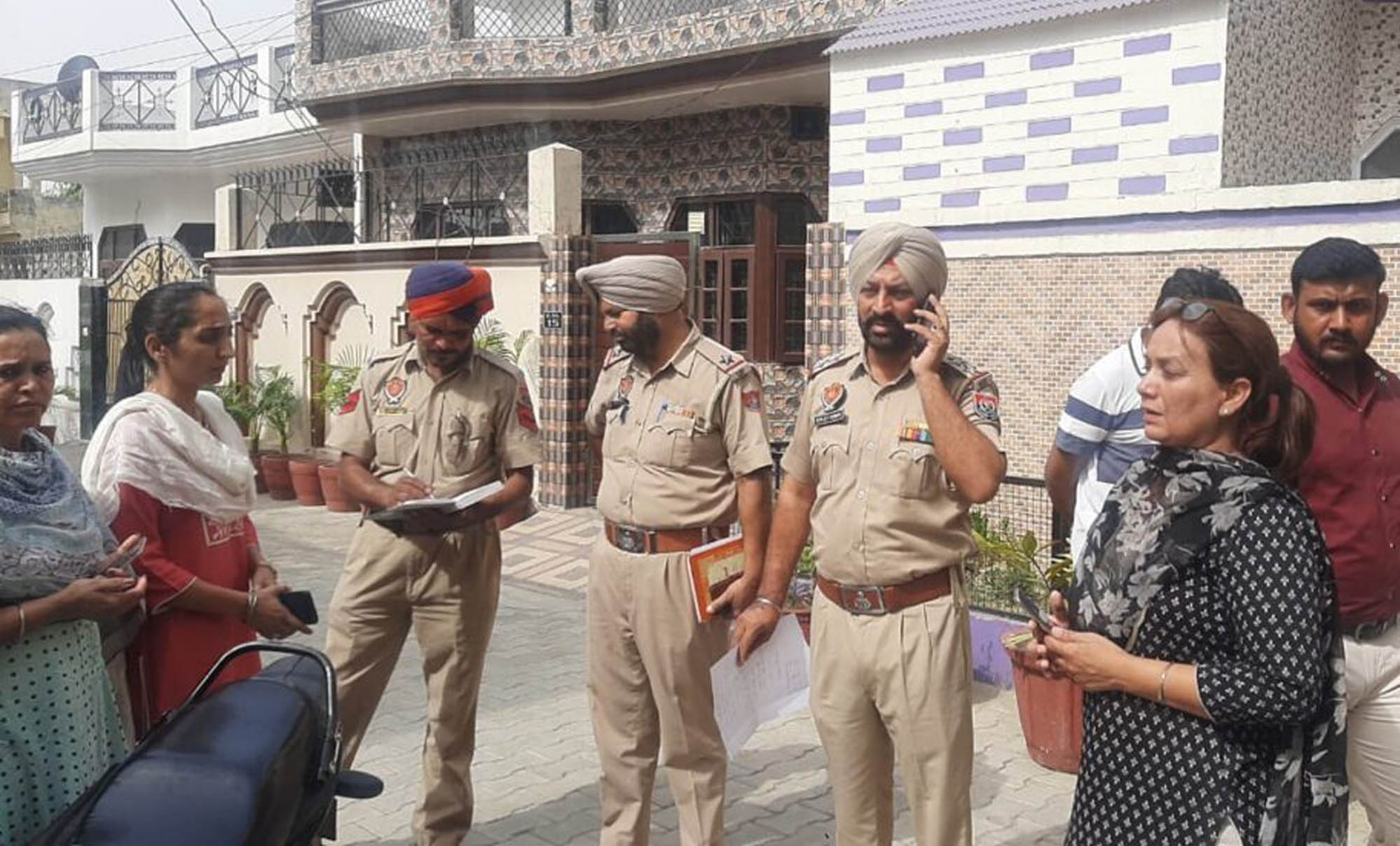 Cops outside the house where the robbery occurred in Jalandhar.

Two bike-borne robbers held a youth hostage in his house at Deepnagar here this afternoon and fled with cash, gold and silver jewellery worth more than Rs 11 lakh.

As per reports, the youth, who has been identified as Jagrat Singh, was alone in the house during the incident. The robbers entered the house from the main gate. They brandished a pistol and other sharp-edge weapons at the boy and tied his hands and legs. When he started shouting for help and tried to free himself, they put a tape on his mouth and locked him in the room. Afterwards, they started searching other rooms, broke locks of almirahs and decamped with cash, gold and silver ornaments.

The police said when the incident took place, the family of Jagrat was out to attend some religious event and he was alone at home. “The robbers took advantage of the opportunity and entered the house and with the help of the pistol and other weapons, they overpowered the youth. Later, they decamped with cash, gold and silver jewellery worth Rs 11 lakh from the house. Both robbers came on a motorcycle and were wearing helmets,” they added.

Jalandhar Cantt police officers said when they received information about the incident, they reached the spot and started investigation.

“A case has been registered and we are scrutinising the footage of CCTV cameras installed near the crime spot. Two youths wearing helmets have been captured in the camera. Police teams are trying to trace the registration number of the vehicle. The robbers will be arrested soon,” they said.