Balbir Singh Seechewal said if the 1,452 cusecs water of Doaba was repurposed for irrigation purposes, it would solve all woes of farmers 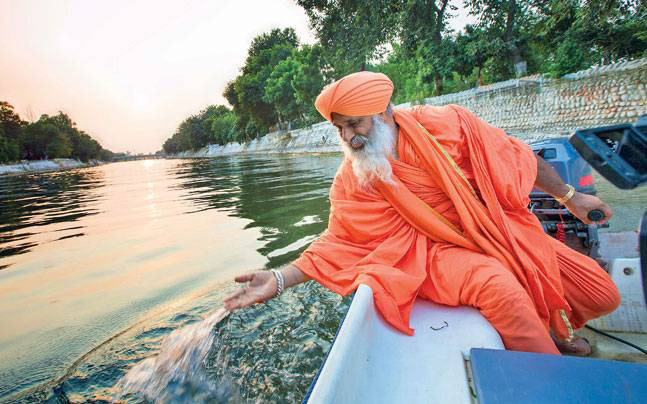 During a recent protest that farmers held outside the DC office here, one of their demands was the routing of treated surface water for irrigation purposes.

Environmentalist Balbir Singh Seechewal also raised the same concern today. Seechewal questioned the government, administrative officials, Drainage Department, among others, as to why the Bist Doab’s ample waters were being allowed to go waste.

He said there was no answers as to where this water was being routed. He said government records stated that the Doaba’s water share was 1,452 cusecs.

Seechewal posted these questions while speaking in a Facebook live session. Citing a report, he said at present, of the 147 blocks in the state, 108 had been declared to be in the dark zone. Almost all zones in Doaba were in the dark zones.

Seechewal said Doaba was witnessing the fastest receding-groundwater scenario in the state. He said in such conditions, it was questionable where was the 1,452 cusecs of water share of Doaba (as per government records), which was meant for irrigation, going?

Seechewal said neither the government nor departments or farmers had the answer to this question. He said as per a survey conducted by the Centre, the state was left with only 17 years of water. But governments were paying no attention to the impending crisis.