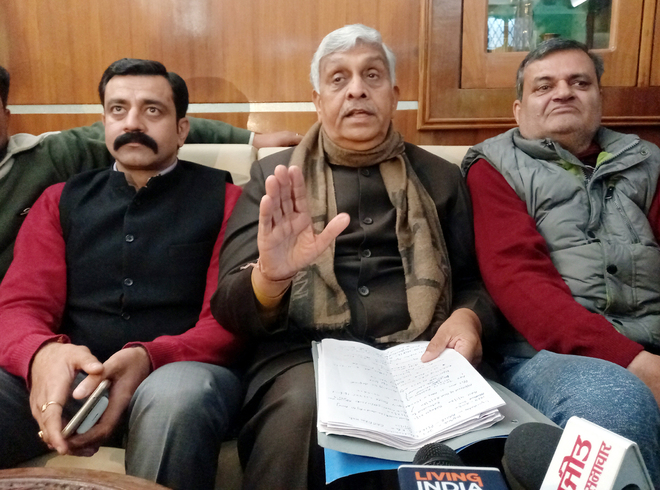 The scam worth crores of rupees by the Industries Department of Punjab should be probed by the CBI and the ED. This was stated by BJP leader and former minister Tikshan Sood at a press conference held here on Saturday. He said the CAG should also be included in investigation. He alleged as Industries Minister Sunder Sham Arora was involved in the scam, the Chief Minister should dismiss him to ensure a fair probe.

He said the recently exposed scam had exposed the real face of the Punjab Government. He demanded that for a proper investigation into the scam, Chief Minister Capt Amarinder Singh should immediately sack Industry Minister Sunder Sham Arora so that investigation could be completed without any bias.

In response to a question, he said the said scam pertained to 31 acres of land of plot number 32, Phase-8, Industrial Area, Mohali, which was allotted to JCT by Punjab Infotech in September 1984. He said the cost of the said plot was about Rs400 crores, but it was sold to JRG company by PSIEC for only Rs90 crores and the buyer paid only 50 per cent of the amount — only Rs45 crore.

He questioned how and why the bidding was held on March 26, 2020, during curfew imposed due to the pandemic when everything was closed. This proves that it all happened in connivance. Sood alleged that the land purchased by the company was now being sold at four times the rate at which it was purchased. He demanded from the government to order an immediate inquiry into the purchase of the land by the CBI and the ED. He was accompanied by district BJP president Nipun Sharma and other BJP leaders.