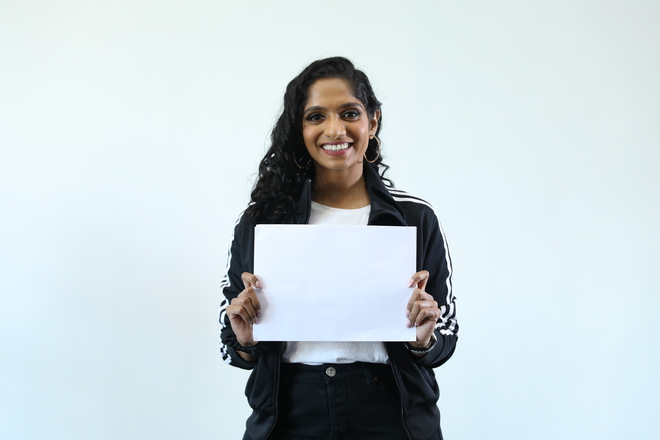 ‘The old order changeth yielding place to the new, And God fulfils Himself in many ways’, wrote Tennyson in his famous poem Morte d’ Arthur; something that comedian Jamie Lever experienced in the year 2020. This year, she is all set to play the year that became a game-changer for her because of her web series #LiveItUp 2021.

The recent nine-part web series by Godrej L’Affaire, released on its social media pages, has 10 witnesses sue 2020 in a courtroom drama that has Jamie play the central character. So, what made her take on the role? “The year was like nothing one has seen before. All our plans, ways of life took a 360 degree turn. Many of us, who had never heard of zoom, were making calls on it world over, who would have thought of virtual concerts? So, when the option came, I lapped it up and here’s #LiveItUp 2021 for everyone to see.”

In this quirky courtroom theatrical, the year 2020, played by Jamie Lever, is put on trial for the disruptions it caused in our lives from travel and food to parenting, grooming and more.

How Jamie sees the period is liberating. “The pandemic gave me time to work on myself and my skills. The year challenged us to come out of our shells and expand our skills.” Jamie started making videos which went viral and suddenly she was a social media star.

The series gave Jamie a chance to work with the likes of Arjun Bijlani, Shivangi Joshi, Surbhi Chandana, Gurmeet Choudhary and Debina Bonnerjee. “It’s a fun concept. Each one plays a different lifestyle aspect.”

While 2020 translated to Jamie working tirelessly without getting paid, she is reaping the fruits of it all in 2021. “Post-lockdown, we are back to work and 2021 started with a bang. Godrej L’Affaire happened, which is a big thing for me. Now that people know me due to my viral videos, a lot more projects are coming my way. So, I am totally living it up in 2021.”

That she is the daughter of legendary Johny Lever sure comes with its ups and downs. “My father is a big part of people’s lives. He is like this rishtedar – Johny bhahi, Johny mamu or chachu, so when I came in the field, there were constant comparisons. At the same time I got lots of love and warmth, people were like, ‘Hamare Johny bhai ki beti hai’. I did not take that love for granted, I worked even harder. Now, I have made my own identity and it feels great.”

When Jamie started in the field of comedy, people found it unusual. There weren’t many women in the field, while actor ka beta actor was the norm, comedian ki beta/beti comedian felt strange, “It took people time to accept female comics on stage but in my case, the unique thing was that I was a daughter and not a son, that too of Johny Lever. So, people gave me a chance.”

Now, things are different, society has evolved, she feels, “It’s no longer shocking to watch female entertainers on stage.” This acceptance has come slowly, she vouches. “When I told people I do comedy, they were like ‘vo to theek hai, padayi kar li, shadi kab kar rahi ho’. Not anymore. Today, women like in any other field are given their due even in stand- up comedy scene. We are living in good times, it’s the right time for more and more women to take up comedy and make it a career.”