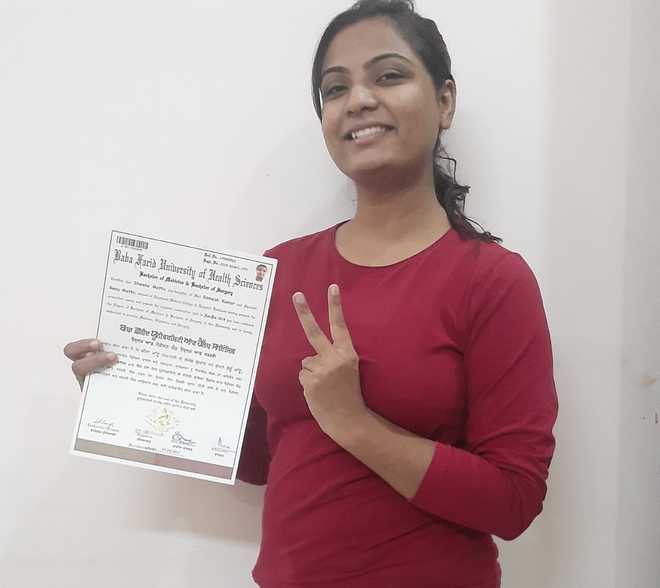 Sheena Mattu finally got her MBBS degree today, which was withheld by college authorities due to amendments to the Post-Matric Scholarship Scheme for SC students.

After the National Commission for Scheduled Castes’ (NCSC) directions, the Punjab Government issued the degree to the Ludhiana-based doctor.

Mattu took admission to Dayanand Medical College (DMC), Ludhiana, in 2015, under the management quota and was paid scholarship amount for the first two years. But the state government decided to discontinue it after receiving a circular from the Centre.

“As per the Central Government circular issued in 2018, the state governments were asked to discontinue the scholarship scheme for students seeking admission under the management quota. However, it was clearly mentioned that the beneficiaries already enrolled under the scheme would continue to get scholarship till completion of their courses. However, students taking admission in 2017-2018 will not be given such benefits. The circular was not applicable on Dr Mattu as she had got admission in 2015,” NCSC chairman Vijay Sampla said.

During a recent meeting at New Delhi, Sampla had asked the state government officials and college authorities to release the degree of Sheena Mattu. — TNS