Show-cause notices, cancellation of allotment no deterrent to violators 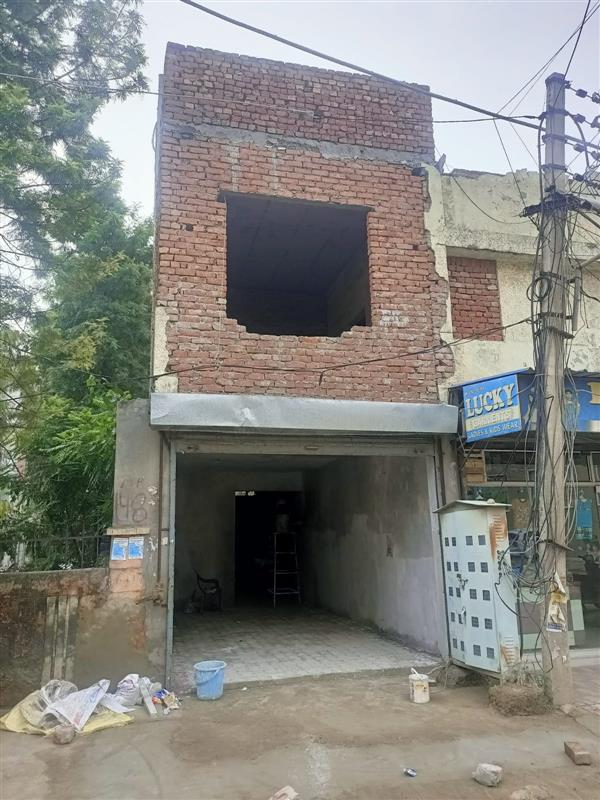 A shop being constructed in LIG flats in Dugri, Ludhiana. Tribune photo

Final show-cause notices prior to cancellation of allotment and even cancellation in some cases of illegal change of land use, it seems, have failed to deter defiant allottees as more LIG flats in Phase II, Dugri, were being converted into shops/showrooms in utter violation of terms and conditions of allotment of the residential flats.

It was way back in 2019 that the Greater Ludhiana Area Development Authority (GLADA) had issued final show-cause notices to 107 allottees who had fully or partly converted their residential flats into commercial entities and after giving them several opportunities and personal hearings, allotment of some of the flats was cancelled for violation of terms and conditions of the allotment.

Will check reasons for delay in action

We will look into reasons for the delay in taking the follow-up action, including cancellation of the allotment and eviction proceedings, against those on whom final notices were served. —Ankur Mahindroo, GLADA Estate Officer

To convey the brewing resentment among area residents against commercialisation of the residential area, Samaj Sudhar Sabha president Sanjay Tiwari has lodged a complaint with the Chief Minister, saying on the one side the GLADA authorities were pasting final show-cause notices outside shops constructed in LIG flats for the cancellation of allotment while on the other, more flats were being converted into shops.

Charging field staff and supervisory officials of GLADA with connivance in the blatant violation of terms and conditions of the allotment, Tiwari said in his complaint that when he persisted with complaints to GLADA officials against the ongoing construction work in several LIG flats, they stopped picking up their phones.

He called upon the government to issue directions to GLADA for taking stern action against these violations and take effective steps to maintain the residential nature of the housing scheme, which had been launched with the sole objective of providing affordable houses to economically weaker sections of society.

Meanwhile, GLADA Estate Officer Ankur Mahindroo said he had called for a detailed report of violations in the Dugri LIG flats and action as per rules would be taken against all allottees who had flouted terms and conditions of the allotment of the flats. “We will look into reasons for delay in taking the follow-up action, including cancellation of the allotment and eviction proceedings, against those on whom final notices were served,” he added.