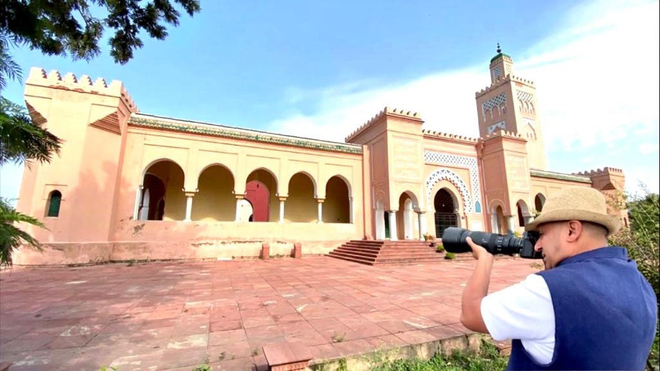 To promote the rich heritage of the state, Harpreet Sandhu, a city lawyer, made a documentary based on the Moorish Mosque. The mosque was constructed in 1930 by the last ruler of Kapurthala province, namely Raja Jagjit Singh.

After the world premiere of the documentary film, ‘Moorish Mosque’, on Tuesday by the Ludhiana-based lawyer, Hussan Lal, Principal Secretary, Punjab Tourism Development Corporation Limited, launched the documentary from his office at mini-secretariat, Chandigarh.

After previewing the film, Hussan Lal said: “This documentary will be of captivating for every resident of Punjab as it magnificently depicts the beauty and architecture of this astounding monument, a replica of Grand Mosque of Marrakesh in Morocco.” He further appreciated the dedicated efforts of lawyer Harpreet Sandhu for making an excellent documentary film during the lockdown.

Harpreet Sandhu said his passion for photography of heritage sites encouraged him to utilise his time during the lockdown and he visited Moorish Mosque. “After having the first glance of this mosque, he felt like being in Marrakesh, Morocco, as the architecture of the mosque is patterned on the similar lines of Grand Mosque of Morocco,” he added.

He further stated that this was an initiative towards the tourism development in the state and attracting visitors to have glimpse of the rich heritage of Punjab.