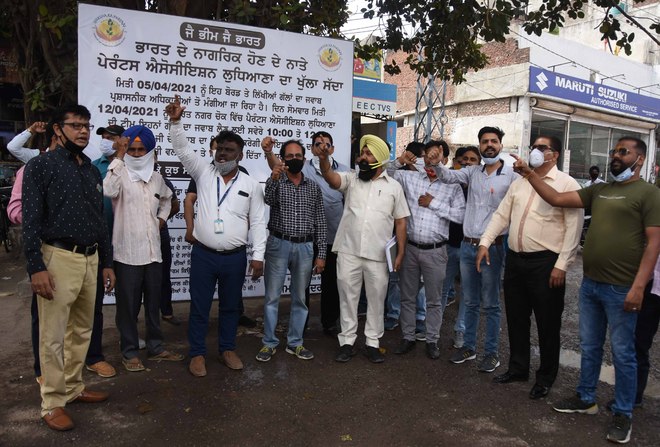 The Parents’Association protested at Bharat Nagar Chowk today against school managements for putting financial burden on them.

The association has alleged that private schools had “commercialised” everything, and parents and students were being exploited.

The parents alleged that under the garb of smart classes, admission fee, building funds and readmission charges were being charged from them every year.