In the past two years, he was like a man on a mission to kickstart jointness of tri-services 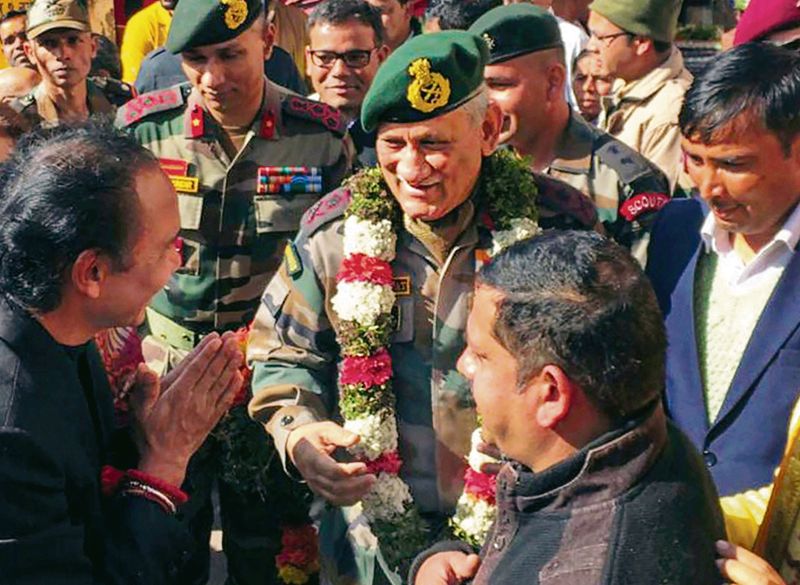 Sometime last year, in an informal chat, General Bipin Rawat said that on retirement he would like to settle down in his village in Uttarakhand, and go ?back to the roots?.

Sometime last year, in an informal chat, General Bipin Rawat said that on retirement he would like to settle down in his village in Uttarakhand, and go “back to the roots”.

Though General Rawat’s father had built a house in Noida, he never seemed keen on a post-retirement life in the Delhi suburb. Today, fate tragically willed otherwise. The often-misunderstood General Rawat wasn’t like the “officious” military officer who would not go beyond the strait-jacket approach. He could be informal and spoke his mind publicly, his words and actions were at times misunderstood and misinterpreted.

General Rawat faced flak from veterans on the social media over the integrated theatre command and jointness of the three services. The CDS’s plans on ‘cutting the flab’, that is reducing the non-essential manpower, or his orders as Army Chief asking young officers to use military guestrooms and not hotels for overnight stay led to debates. In the past two years, he was like a man on a mission to kick-start the jointness of the three forces. Often the General cited military operations in East Pakistan, now Bangladesh, during the 1971 war to emphasise what joint operations should stand for. If anything rankled him, it was the archaic administrative structures and slow decision-making, and he brutally tackled these.

In 2016, General Rawat was appointed the Army Chief amid a controversy over his seniority. He had superseded two senior officers to occupy the Army Chief’s position. He then rose to become the first CDS towards the end of 2019. The government had amended the rules to extend the age of superannuation of CDS from 62 years to 65 years, paving the way for his appointment to the post.

The last I met him was four days ago on Navy Day (December 4) during an At Home by the Navy Chief. The formal ceremony had just ended, the President and the Defence Minister had left. The setting was somewhat informal. General Rawat asked: “How are you, when is the book coming.” He was referring to the book which The Tribune is producing to honour the war heroes of 1971. General Rawat had contributed a message to be incorporated in the book.

Just a few feet away was Madhulika Rawat with a group of officers’ wives. Like any wife of a senior ‘fauji’ officer, she called in the younger ladies for a group picture.

On seeing another journalist and I close by, Madhulika Rawat called out: “Could you guys please take a picture?” My reporter colleague took Madhulika Rawat’s phone to click the image. That was the last I saw of the Rawats.

New Delhi: In November 1963, an IAF helicopter was on its way to Poonch in J&K when it crashed, with distinguished officers on board, making it the biggest loss of military leadership in a single accident. Among the six officers killed were Lt Gen Daulat Singh, Air Vice Marshal EW Pinto, Lt Gen Bikram Singh and Maj Gen KND Nanavati. — TNS

Who could be next CDS? Gen Naravane is the senior-most

Chief of Defence Staff is a one-point adviser to the government on matters related to the three services. The government is expected to appoint a new CDS after Gen Rawat’s death. Of the present Chiefs, General MM Naravane is the senior-most military officer in the country. General Naravane is scheduled to retire as Chief of Army in April at the age of 62.