Lt Gen Manoj Pande was interacting with a group of mediapersons 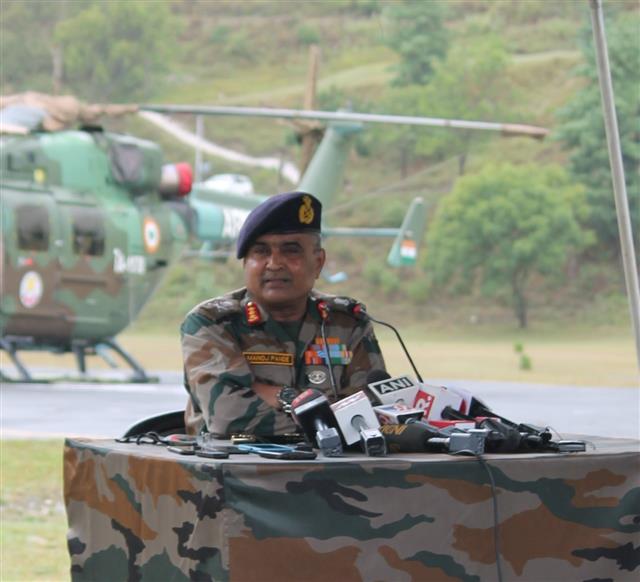 China has increased the number of its military exercises facing India’s eastern sector; it has also marginally added troops and added to troop habitat on its side across the Line of Actual Control (LAC) in Arunachal Pradesh.

Eastern Army Commander Lt Gen Manoj Pande, in an interaction with a group of mediapersons from Delhi while referring to changes seen across the LAC, said: “The annual training exercises of the PLA (People’s Liberation Army) have increased and also the duration of exercises has gone up. The reserve formulations of the PLA that had moved (forward) continue to remain in position.”

To a question if the location of these exercises was closer to the LAC or south of the Tsangpo river, the Eastern Army Commander said the PLA exercises are in their traditional training areas. “The PLA is doing more integrated exercises of its troops”, Lt Gen Pande said.

An official later explained that this included that rocket forces, air force and land forces are doing joint exercises.

“We are also looking at the Integrated Battle Group (IBG) model for the Mountain Strike Crops.  The setting up of IBG for the Corps has been approved and the Mountain Strike has come up as the capability desired when it was approved a decade ago. The IBG addresses the changing character of warfare which is that our forces remain agile and lean,” he said.

On being asked about the situation along the LAC, the Army Commander said the idea is to maintain peace and tranquillity but remain alert and ready for any exigency. “Both sides want to make infrastructure close to the LAC, hence there is a marginal increase in number of border defence troops,” General Pande said.

On the level of preparedness, Gen Pande said, “We have adequate forces in each sector to deal with any contingency and are practicing and rehearsing for various contingencies that may come about. In certain areas deployment has been strengthened.

“On the Indian side, we are running projects and there is no disparity with China,” he added.

Addressing the issue of Aspahilla, the Commander said some infrastructure development had been done on the Chinese side. “It is essentially habitat that has allowed more number of PLA troops getting stationed there. The number of patrols has increased marginally,” he said.

About Naku La in Sikkim, he said, “We have had face-offs but we have been able to resolve most of them at the tactical level and level of local commanders.”

On Doklam, he said both sides were aware on sensitivities and there had not been any major increase while infrastructure had remained what it was earlier.