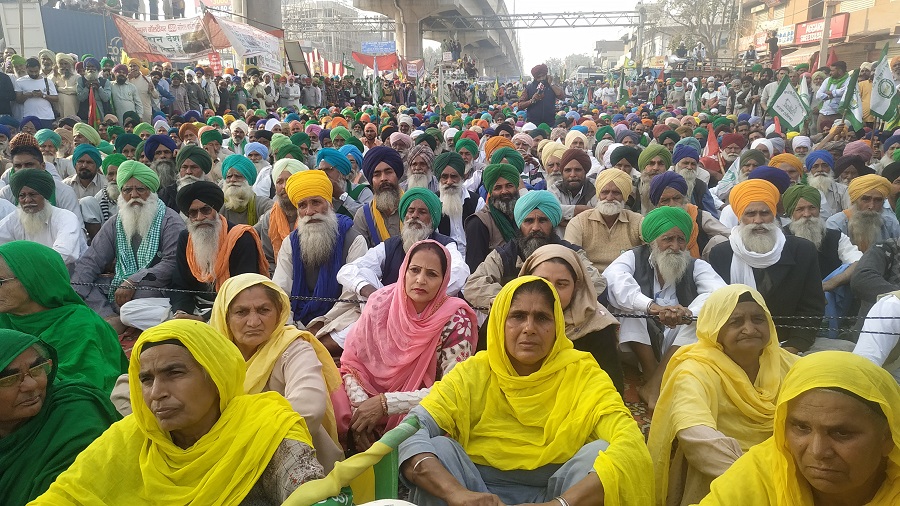 BKU (Ekta-Ugrahan) has nominated five protest sites after the names of historical personalities representing the legacy of struggles leading up to the ongoing agitation against farm Bills passed by the Modi government.

Shingara Singh Mann, general secretary of BKU (Ekta-Ugrahan), and Harinder Kaur Bindu shared the whole information with the press and the logic behind these names.

They shared that Baba Banda Singh Bahadar was a great hero of farmers as he gave land entitlements to the tillers after an intense fight against the rulers.

Mann stated that Chacha Ajit Singh was the founder of glorious anti-imperialist movement ‘Paghdi Sambhal Jatta’, which remains an inspiration for the struggling masses.

He further said Gadri Gulab Kaur was great inspiration as she was part of anti-imperialist movement.

Harinder Bindu, meanwhile, said that Shaheed Bhagat Singh imagined a society free of exploitation and oppression, and became Shaheed-e-Azam and was an inspiration for the ongoing agitation.

Shaheed Sadhu Singh Takhtupura was assassinated by land mafia patronised by BJP-SAD. Takhtupura was a leader of BKU (Ekta-Ugrahan) fighting against land mafia and his martyrdom motivated the organisation to build mass movements on people’s issues, said Bindu.

The leaders explained that the sites named after these legendary personalities manifest the progressive and secular character of the ongoing agitation against farm laws.

The ongoing movement is in continuity with the glorious history created by struggling masses and that history inspires farmers, workers, women and youth to struggle against the injustice, they said.

The duo remained confident that the ongoing movement would carry the people’s history forward and emerge victorious.