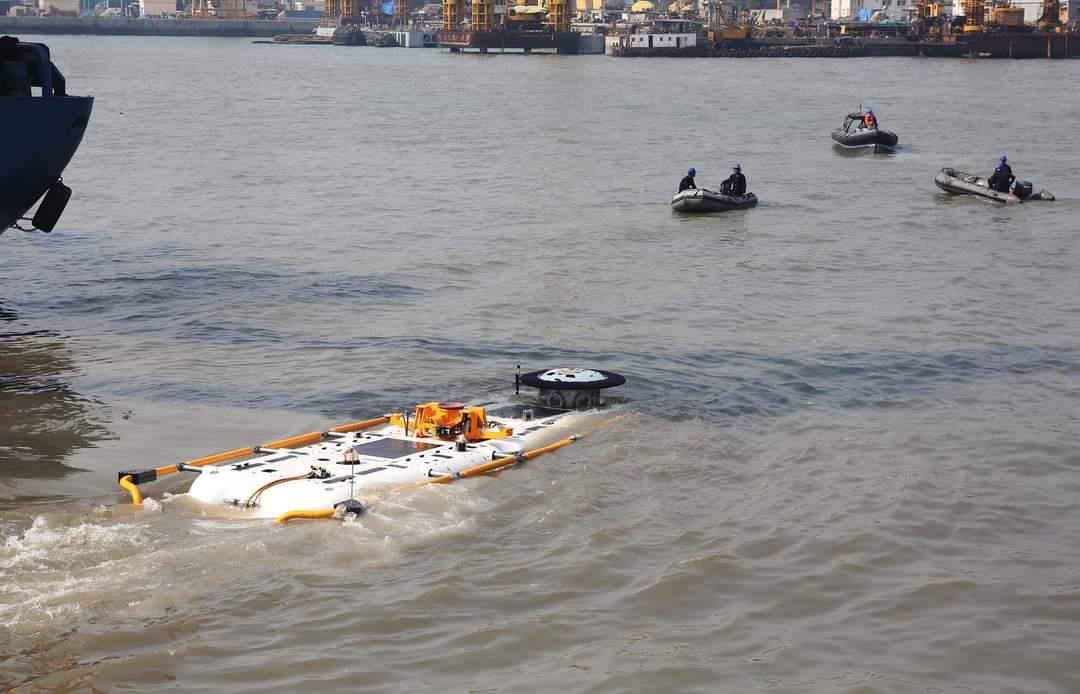 DSRV a side-scan sonar for locating the position of the submarine. File photo.

In an important move, the Indian Navy has dispatched its Deep Submergence Rescue Vessel (DSRV) to help in Search & Rescue efforts for KRI Nanggala, an Indonesian Navy submarine that is missing since Wednesday morning.

The DSRV is a special vessel that undertakes such tasks. Indian Navy Spokesperson Commander Vivek Madhwal said that the DSRV has been despatched from its base at Visakhapatnam, located on the east coast of the country.

The DSRV a side-scan sonar for locating the position of the submarine in distress at sea, providing immediate relief by way of posting emergency life support containers with the help of a remotely operated vehicle (ROV). The crew inside the submarine can be rescued after that using the DSRV itself.

The Indian DSRV is the latest in terms of technology and capabilities. Supplied by James Fishes Defence, UK these are based on the West and East Coast of India respectively and high operational availability and early response to deal with a submarine contingency.

The Navy has already tested it by doing the transfer of personnel from the submarine to DSRV.

Indonesia's navy is searching for a missing submarine with 53 people on board. The German-made submarine, KRI Nanggala-402, was conducting a torpedo drill in waters north of the island of Bali but failed to relay the results as expected.