A Bench led by CJI SA Bobde, however, says authorities have to follow due procedure 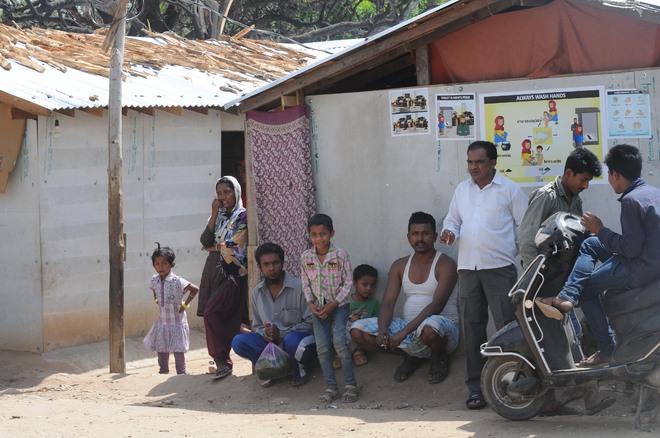 On behalf of Rohingyas, advocate Prashant Bhushan had said their children were subjected to killing, maiming and sexual exploitation and Military in Myanmar has failed to respect international humanitarian law. File photo

The Supreme Court on Thursday dismissed a plea seeking a direction to the government to release Rohingyas immigrants detained in Jammu and to restrain the authorities from deporting them from India.

A Bench led by CJI SA Bobde, however, said their deportation to Myanmar can take place only after following the due process of law.

“It is not possible to grant the interim relief. However it is made clear that the Rohingyas in Jammu on whose behalf the application has been moved shall not be deported unless the procedure prescribed for such deportation is followed”, the top court said.

The Centre has assured the Bench that the relevant laws and procedures will be scrupulously followed while deporting Rohingyas to their home country.

The Supreme Court had on March 26 reserved its verdict on a plea seeking immediate release of Rohingya migrants detained in Jammu and restrain the Centre from deporting them to Myanmar.

It had refused to hear UN Special Rapporteur E Tendayi Achiume in the case.

The Centre had asserted that India can’t become the international capital of illegal migrants. Described Rohingyas as “absolutely illegal migrants”, the Centre submitted in an affidavit that they posed serious threats to India’s national security.

Days after authorities in Jammu detained Rohingyas immigrants as part of the process to deport them, a plea was filed in the Supreme Court by Mohammad Salimullah, a Rohingya refugee, seeking directions for their immediate release and to restrain the Centre from deporting them.

The total number of Rohingyas in Jammu is estimated to be more than 6,500.

There are several petitions in SC demanding deportation of over 40,000 Rohingyas, who fled to India after violence in the Western Rakhine State of Myanmar and are settled in Jammu, Hyderabad, Haryana, Uttar Pradesh, Delhi-NCR and Rajasthan.

On behalf of Rohingyas, advocate Prashant Bhushan had said their children were subjected to killing, maiming and sexual exploitation and Military in Myanmar has failed to respect international humanitarian law.

Registered as refugees under the United Nations High Commission of Refugees (UNHCR), Salimullah had moved the top court in 2017 challenging the Centre’s move to deport Rohingya immigrants on the ground that the decision violated international human right conventions and right to life guaranteed under Article 21 of the Constitution.

Citing the MHA’s August 8, 2017 letter to all the Chief Secretaries of all the State Governments/UT Administrations, raising a concern regarding the increased ‘illegal immigrants’ in India and their purported ‘grave security challenge’, Salimullah had said he faced an imminent danger of being deported.