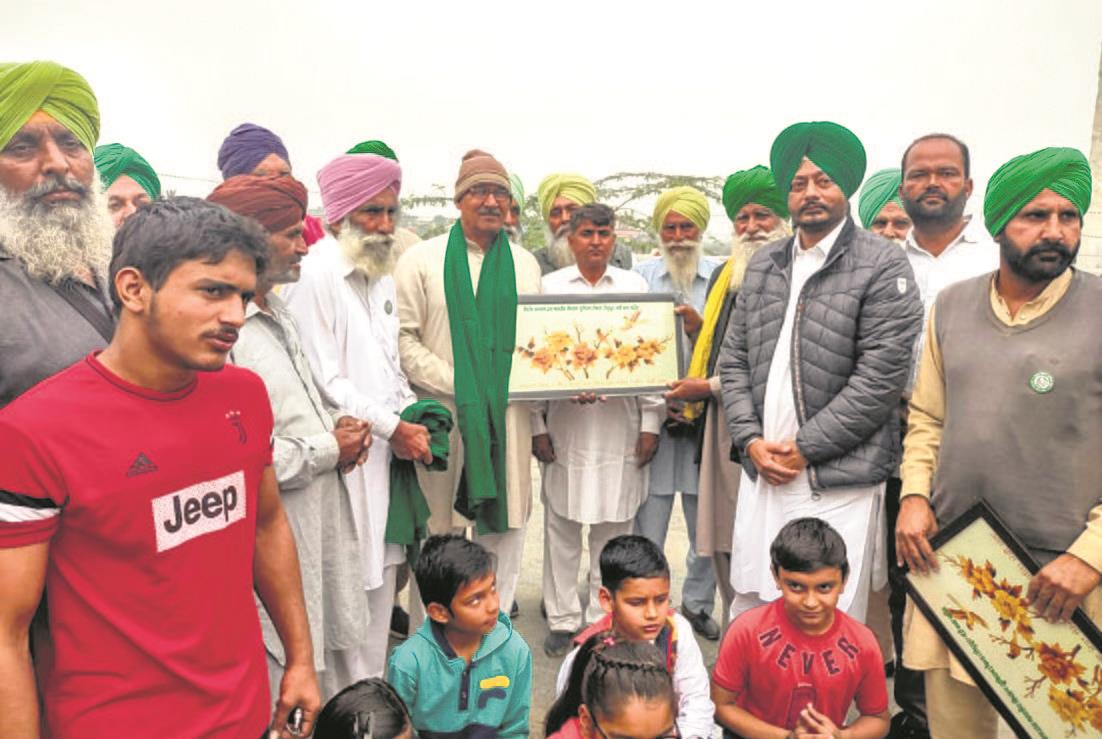 Punjab farmers at Tikri are on a special job these days to further strengthen the bonhomie with Haryana residents.

Barahi villagers ensured uninterrupted supply of milk, vegetables, fruit and other eatables. We have invited them to Punjab to reinforce this bond of brotherhood. Lakhwinder Singh, BKU (Sidhupur) leader

They are visiting nearby villages to honour those who provided them succour in the shape of eatables and free accommodation over the past one year. They are also inviting them to visit Punjab.

A committee of Punjab farm unions is also felicitating people from Haryana and Punjab to express their gratitude for their support.

On Sunday, BKU (Sidhupur) leaders reached Barahi village (near Tikri) and felicitated some villagers there with siropa and mementos. The joint panel also honoured around 20 locals and as many from Punjab at the main protest site in recognition of their contribution in the success of their ongoing protest.

“It seems, the protest is about to end now, hence it’s our duty to express gratitude to all those who stood by us. Residents of Barahi village ensured uninterrupted supply of milk, vegetables, fruits and other eatables. We have invited them to Punjab to reinforce this bond of brotherhood,” said BKU (Sidhupur) leader Lakhwinder Singh. Advocate Amarveer Singh Bhullar said yesterday they honoured a Bahadurgarh man for providing free accommodation to Punjab farmers. “It will continue till the last person who helped us is felicitated. We will go to another village tomorrow,” he added.

BKU (Rajewal) leader Pargat Singh said they could never forget the support Haryana residents provided them to make their protest successful hence such persons were being felicitated. “We are also honouring those who have been camping with us at Tikri since the protest started. The unity of Punjab and Haryana farmers was instrumental in our historic win,” he added.