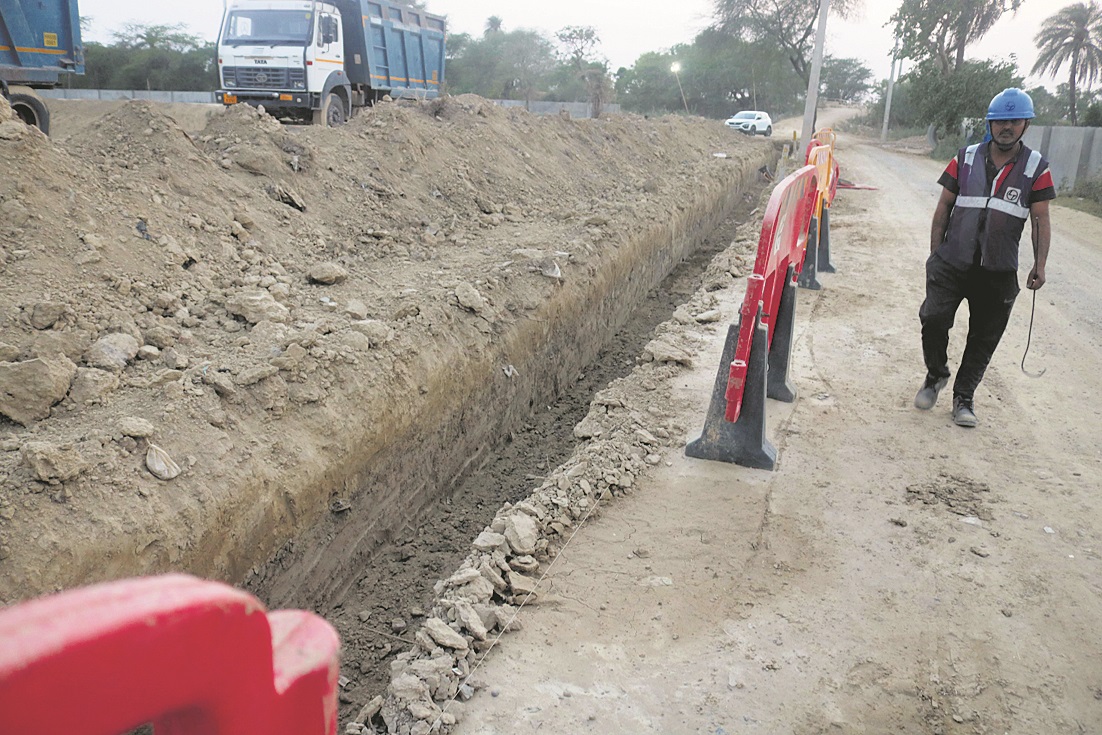 The city will see a complete overhaul of old water pipelines as part of the Punjab Water Supply and Sewerage Board’s canal water supply project worth Rs 503 crore. Officials say nearly half of work has come to completion, and the remaining work allocated to a company, will be completed after uprooting of over 360-km city roads (38-km distributor lines and 312-km mainline pipes) for the supply of drinking water.

Officials in the Municipal Corporation, who are also part of the project, said the whole project includes establishment of a clear water reservoir of 17.28 ML, storage and sedimentation tank of 236 ML, installation of 360-km long new pipeline along with 12 overhead tanks and 16 underground tanks. “About 40 per cent of the project has been completed. In the remaining part we will construct 12 new overhead water tanks at village Jhill, Tripuri, Focal Point, Veer Haqiqat Rai Park and other places, while 13 old tanks will be renovated”, they said.

MC Commissioner Aaditya Uppal said, “The basic aim of the project is to provide drinking water to all households. Till now pipelines have been laid in the city to provide water from submersible tanks. Through this project, drinking water will be provided from the canal to all households enabling people to drink it directly from the taps. Therefore, the quality of the pipeline is very important.”

Aaditya Uppal said uprooted roads would be repaired after laying the water pipelines.