Their movements were trapped in hand-held thermal imaging cameras 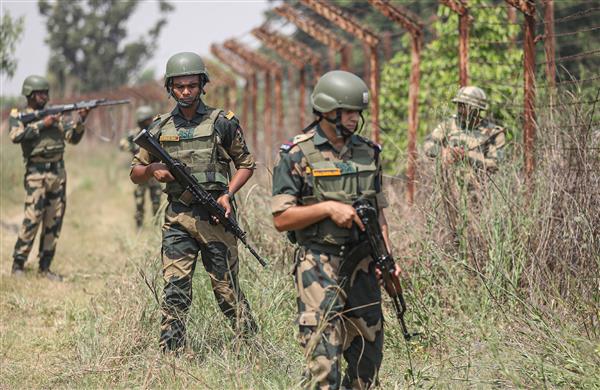 Two Pakistan-based intruders rushed back to safety after BSF jawans fired upon them late last night. The incident took place near the Paharipur Border Out Post (BoP) of the 121 battalion of the BSF located near the Ujh river.

The movement of the intruders, whom the police and BSF officers say could be bird watchers, was spotted by hand-held thermal imaging cameras. “We fired seven rounds. They could have been looking for migratory birds. On several earlier occasions, ornithologists come near the International Border (IB) on bird-watching expeditions but return when they get to know of the dangers that lie ahead. Last night, a thick blanket of fog had enveloped the area. This roused suspicions that they might have been intruders because normally militants take advantage of adverse weather conditions to sneak into Indian territory.  We were not in a position to take risks and hence opened fire,” said a BSF officer.

When the Pathankot police got information about the incident, SSP Harkamal Preet Singh Khakh dispatched a BSF rank officer to the site. DGP Gaurav Yadav was informed about happenings.

BSF jawans have been equipped with hand-held thermal cameras at the IB. This device is a type of thermo graphic camera which allows jawans to see areas through smoke or darkness. These cameras are typically hand held but can also be mounted on helmets.