'We were not consulted on farm ordinances' 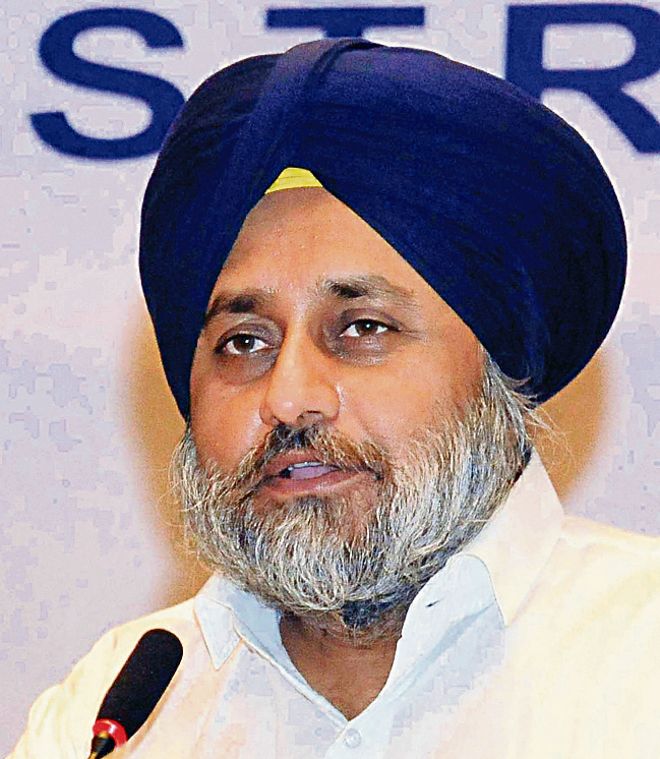 The Shiromani Akali Dal fears that NDA government’s farm legislations will destroy the country’s federal structure as well as Punjab’s economy. A day after his wife Harsimrat Kaur Badal quit the Union Government, party chief Sukhbir Singh Badal spoke exclusively with Jupinderjit Singh of The Tribune on the chain of events leading to the resignation.

Your alliance with the BJP is more than three decades old. How do you feel about the turn of events?

I am saddened. It is a dark day for the farmers in particular and the country as a whole. My father Sardar Parkash Singh Badal was among the founder members of the National Democratic Alliance which was forged to take on ‘anti-people’ forces like the Congress. It all started from the Tihar Jail where my father was imprisoned for raising his voice against the anti-people policies of the Congress government. But I have the satisfaction of having stood by the farmers. Our party is of the farmers, for the farmers and will fight for the farmers.

Does Harsimrat’s resignation from the Union Cabinet mean the SAD-BJP alliance is over?

Members of the SAD core committee will sit together, analyse the situation and take a decision accordingly. Sadly, we were not consulted on the farm ordinances. There is a feeling of betrayal within the party.

Are you surprised at the haste shown in accepting the resignation?

No. We left no room for reconciliation. We were firm in our opposition to the ordinances. I repeat we were not consulted on the issue. The SAD is the only party that represents the farmers. I am a farmer, my father is a farmer and so is my son and more than 90 per cent members of the party. Yet we were not consulted.

Why did your party support the farm ordinances earlier?

We never supported the ordinances. Harsimrat marked objections on the inter-ministerial note. The issue, not listed on the Union Cabinet agenda, was tabled at the last minute. She objected and demanded that the matter be deferred. She was told that these were only ordinances and the government would have enough time to make any amendment before Bills replacing the ordinances were tabled in Parliament. Amendments were not made and farmers’ viewpoint was disregarded. So, she had to resign. We cannot be a part of anything that is anti-farmer.

Did you take up the issue with the government before the ordinances were tabled?

We talked to the farmers and told the government about their misgivings. We got a letter from the Union Home Minister, saying the MSP regime would stay. The farmers were not convinced. There were objections to the dismantling of Punjab’s mandi system. We told the Modi government that the Punjab mandi system was the best in the country and must be replicated elsewhere. We have invested a lot on raising agri infrastructure in the past 50 years.The multi-nationals will finish all that hard work. The farmers will benefit initially, but once the multi-nationals have a monopoly, they will think only of their profit.

Why do you think the Modi govt is in such a hurry to pass these Bills?

That is a big question. We wanted the Bills to be referred to a select committee. After a discussion with all stakeholders, the government could have taken an informed decision. But none of that happened. When people are not happy with a law, why bring that law?

The Congress and other parties say the resignation is too little, too late. Your comment?

We don’t need a certificate from the Congress. The Akali MPs voted against the Bills. The Congress MPs walked out, which only helps the government during voting. In fact, the Congress is equally responsible. Punjab CM Capt Amarinder Singh should resign for deceiving the farmers.The Congress promised the same legislation in its 2019 poll manifesto. The Punjab Government has already approved the setting up of private mandis. Captain was among the seven CMs on a committee that discussed the ordinances before these were tabled. Why did he not object then?