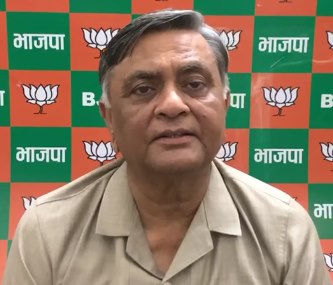 Described the SAD's decision of snapping ties with the NDA as “unfortunate”, Punjab's senior BJP leaders Manoranjan Kalia and Master Mohan Lal on Sunday asserted that the party is able to fight and also win the 2022 Punjab assembly polls alone.

The SAD on Saturday night had announced to quit the National Democratic Alliance (NDA) over the farm bills issue.

The announcement was made by Shiromani Akali Dal chief Sukhbir Singh Badal, amid the stepped up farmers agitation in Punjab over the three farm Bills, recently passed by Parliament amid the Opposition protests.

Reacting to the SAD's decision of breaking ties, BJP's senior leader Manoranjan Kalia said it was unfortunate that they broke a long association.

He said there was a generational change in the Akali Dal as several senior leaders like Sukhdev Singh Dhindsa, Ranjit Singh Brahmpura and Sewa Singh Sekhawan, who used to work with Akali stalwart Parkash Singh Badal, have left the SAD.

“Now, the second generation has taken over and some leaders are more reactive now,” said Kalia.

Kalia said the BJP had always tried to accommodate the SAD and cited an example that in 2007, the post of deputy chief minister was given to the alliance partner Akali Dal when the government was formed in Punjab due to the good performance of the BJP in polls.

On the issue of three farm legislations, Kalia said the Akalis had been supporting them initially, saying that they were favourable to the farming community.

Former chief minister Parkash Singh Badal even made a statement in its favour, said Kalia.

“But they took a U-turn later. This is unfortunate,” he said.

Kalia defended the farm Bills, saying that they were in the interest of farmers.

“The BJP is also a party of farmers and BJP knows how to protect the farmers' interest,” he said.

Asked about 2022 Punjab assembly polls, Kalia said the party was ready to contest the polls alone. “We are ready. We will fight (polls) and we are definitely going to form the government,” he said.

Another BJP leader Master Mohan Lal described Akalis' move of pulling out of the NDA as a “decision taken in haste”.

Lal said the Akalis should have held a meeting with BJP's core group.

“I do not understand what were Akalis' compulsions and why they took this decision,” he said.

The former minister said the SAD and BJP had entered into an alliance for development, peace and harmony in Punjab.

Lal said nobody should take the BJP as weak.

“The BJP will win the 2022 Punjab assembly polls. Our workers and cadre are ready at 117 constituencies,” he said.

As per the arrangement, SAD used to contest assembly polls on 94 seats while BJP on 23 seats in Punjab.

Former Punjab minister Anil Joshi also said it was unfortunate that the Akalis have walked out of the alliance.

He said the farm bills were in the interests of farmers.

“Has anybody said that MSP, mandi system and procurement will end? Farmers are being misled and those doing so will soon be exposed,” Joshi said.

The Bills are yet to get the assent of the President. PTI