Crime up in Punjab, CM must go: SAD 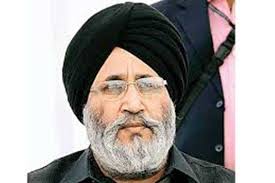 The SAD today asked Chief Minister Capt Amarinder Singh to take moral responsibility for “breakdown” of law and order in the state and resign immediately.

In a statement, former minister Dr Daljit Singh Cheema said Capt Amarinder had failed to do his duty as Home Minister. “We are witnessing rampant killings and armed dacoities.

Just yesterday, Shaurya Chakra awardee Balwinder Singh Sandhu was murdered, days after his security detail was withdrawn. We also witnessed Rs 15-crore daylight dacoity attempt at Ludhiana yesterday, which was foiled by alert citizens and not the police force.” — TNS