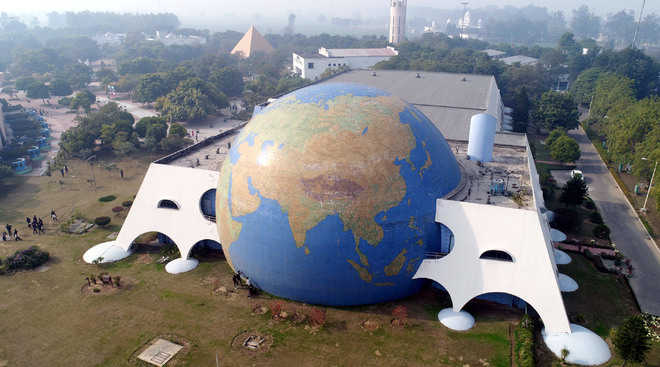 Chief Secretary Vijay Kumar Janjua gave a green signal to upgrade the Large Format Film Theatre in the Pushpa Gujral Science City, Kapurthala. A decision to this effect was taken in a meeting of governing body of science city here on Friday. The Chief Secretary gave a go-ahead for the upgradation of the theatre from the existing system to high resolution full dome digital immersive projection system.

He said the Pushpa Gujral Science City (PGSC) had been entrusted with the responsibility to spearhead Mission Popular Science. Janjua said the government had sanctioned Rs 5 crore for the current Financial Year out of which Rs 4 crore had already been released for visit of government school students.

Dr Neelima Jerath, Director General, PGSC, said in the meeting that in the last seven months (April 1 to October 31), as many as 1,54,110 visitors had visited the Science City. Of the total visitors, 93,373 were students.