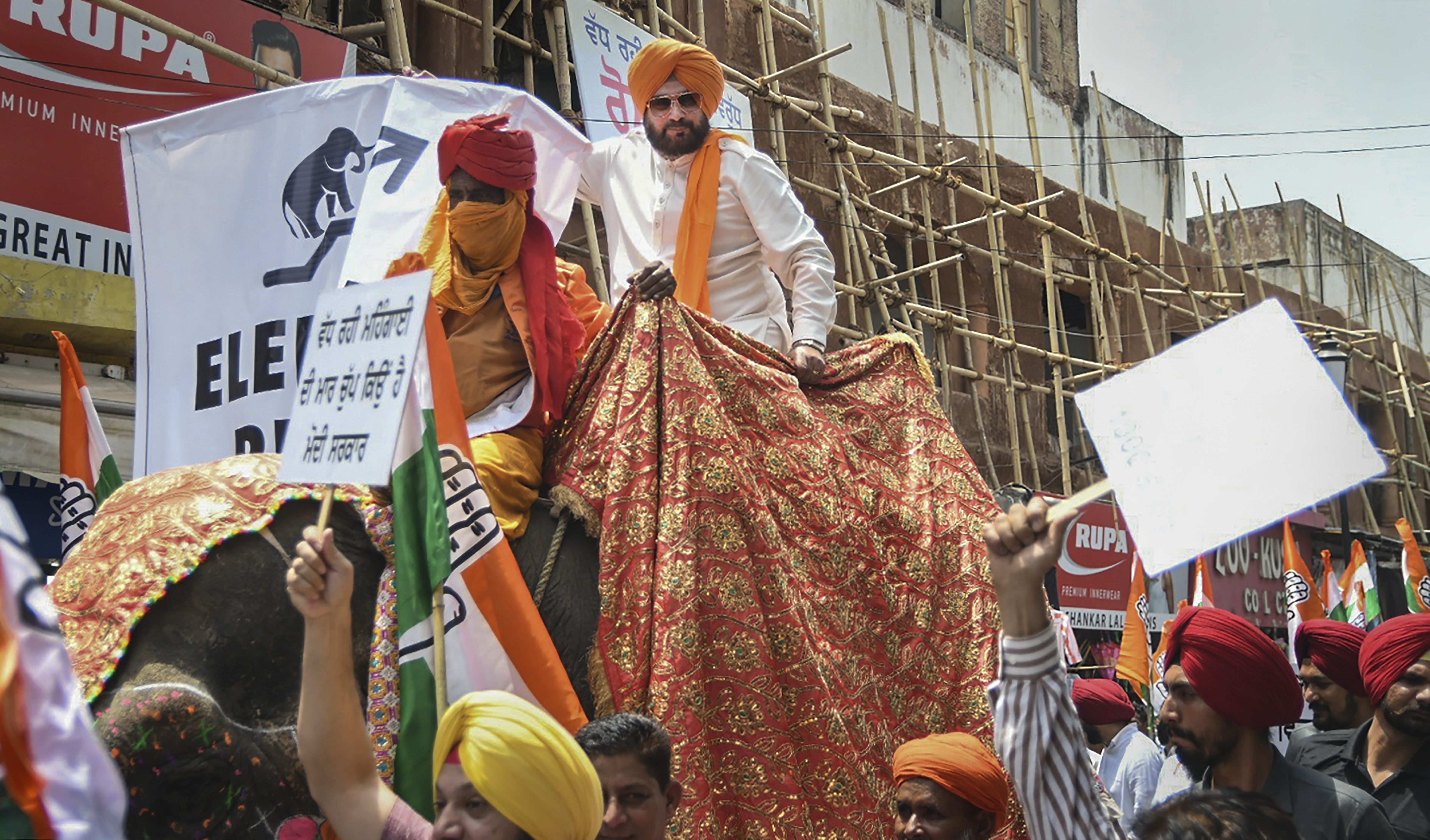 Congress leader Navjot Singh Sidhu rides an elephant during a protest march against inflation in Patiala on Thursday. PTI

Hours before the verdict, former PCC chief Navjot Singh Sidhu’s Yadavindra Enclave residence here was abuzz with activity as four Congress leaders, including two former MLAs, and supporters waited for him for a planned dharna against price rise. By 5 pm, an eerie silence had descended on the residence.

We always had faith in the judiciary. We have suffered for over 34 years. Though late, we welcome the Supreme Court verdict. — Victim Gurnam Singh’s relative

In the afternoon, Sidhu rode an elephant in the narrow Patiala streets as a mark of protest against rising inflation. As the news flashed about his conviction in the road rage case and one-year rigorous imprisonment, many Congress leaders left quietly.

A couple of hours later, as the news of Sidhu getting jail term in the road rage case came, most of the party leaders and supporters had left.

In 1988, an FIR was lodged against Sidhu and his friend for allegedly assaulting 65-year-old Gurnam Singh after he asked him to remove their car from the middle of a road in Patiala. The man later died at the hospital.

“Though late, we are happy with the verdict. We always had faith in the judiciary,” said a relative of victim Gurnam. “We have suffered for over 34 years and we welcome the court order,” he said.