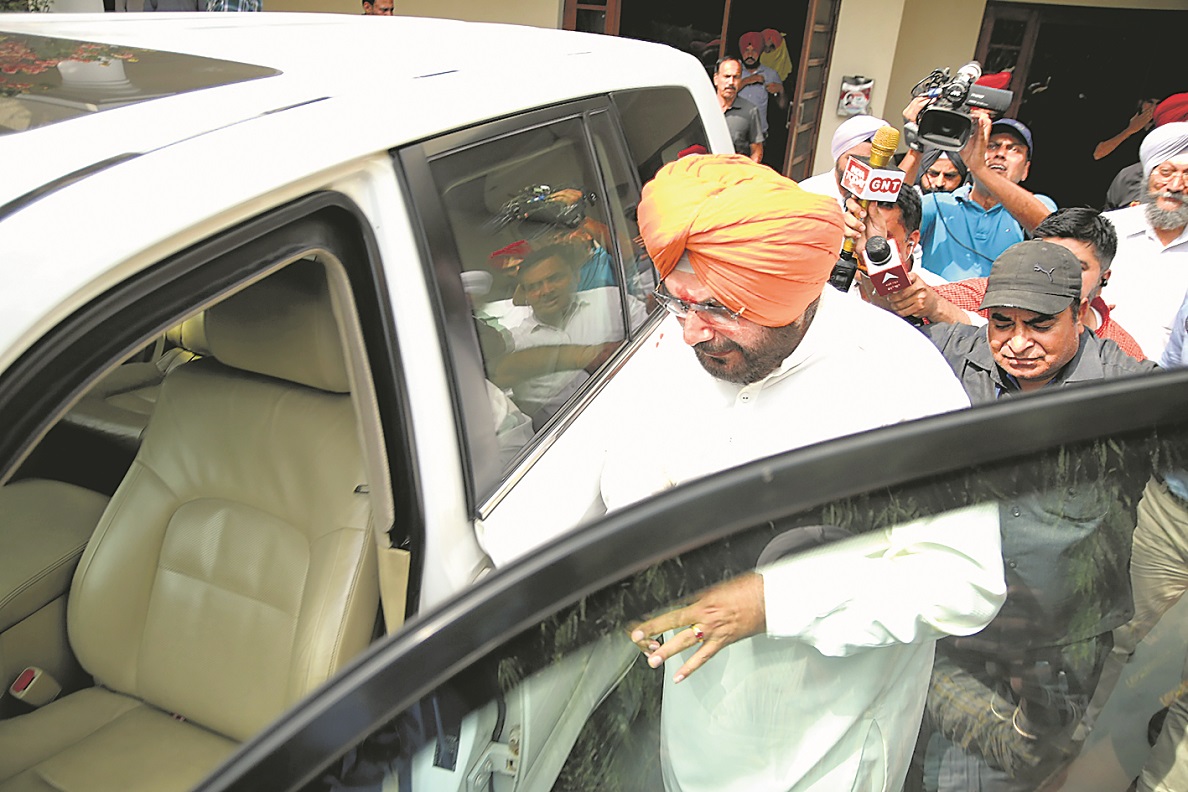 Over 33 years after the death of a man in a road rage case, the Supreme Court on Thursday awarded one-year rigorous imprisonment to cricketer-turned-politician Navjot Singh Sidhu, saying the principle of just punishment was the bedrock of sentencing in criminal cases.

“An important aspect to be kept in mind is that any undue sympathy to impose inadequate sentences would do more harm to the justice system and undermine the public confidence in the efficacy of law,” a Bench of Justice AM Khanwilkar and Justice SK Kaul said, enhancing Sidhu’s sentence. The Bench, whichhad on March 25 reserved its verdict on a petition seeking a review of its order letting off Sidhu with a fine of Rs 1,000 in the case, allowed the review petition seeking enhancement of sentence. But the one-year rigorous imprisonment won’t affect Sidhu’s political career as he would not be disqualified to contest elections in terms of Section 8 of the Representation of People Act, 1951.

“If the sentence was two years or more, then Navjot Sidhu would have been disqualified from contesting elections for six years.” — PDT Achary, former LS Secy-Gen

“Crime never dies. But the dead never cries for justice. It’s for those living to get justice for the dead. After over 33 years, justice has been done... With this verdict the Supreme Court has restored the common man’s faith in the judiciary,” review petitioner’s counsel Sudhir Walia told The Tribune.

The petitioner had sought a review of the Supreme Court’s 2018 order letting off Sidhu with a fine of Rs 1,000 in the 1988 road rage case in which one Gurnam Singh had died. Sidhu was acquitted of homicide charges on May 15, 2018, by the top court but convicted of voluntarily causing hurt to the deceased and ordered to pay a fine of Rs 1,000.

Sidhu was initially tried for murder but the trial court in September 1999 acquitted him. However, the Punjab and Haryana High Court reversed the verdict and held them guilty of culpable homicide not amounting to murder and gave him a three-year jail.

Section 323 (punishment for voluntarily causing hurt) of the IPC—the provision under which Sidhu was convicted—entails a maximum jail term of up to one year or with a fine which may extend to Rs 1,000 or both. But the top court in its May 15, 2018, verdict let him off by asking him to pay Rs 1,000 fine.

Talking about the severity of blow inflicted by Sidhu—who was 25 years old at that time—with his hands, the Bench noted that the hand can also be a weapon by itself where a boxer, wrestler, cricketer, or an extremely physically fit person inflicts a blow.

It said some material aspects which were required to be taken note of appeared to have been somehow missed out at the stage of sentencing, such as the physical fitness of Sidhu as he was an international cricketer, tall and well-built, and aware of the force of a blow his hand would carry.

“The blow was not inflicted on a person identically physically placed but a 65-year-old person, more than double his age. Respondent No.1 (Sidhu) cannot say that he did not know the effect of the blow or plead ignorance on this aspect,” it said.

Was let off with fine

Dec 27, 1988: FIR against Navjot Sidhu, his friend Rupinder Sandhu for beating up Gurnam (65) in Patiala, who dies in hospital