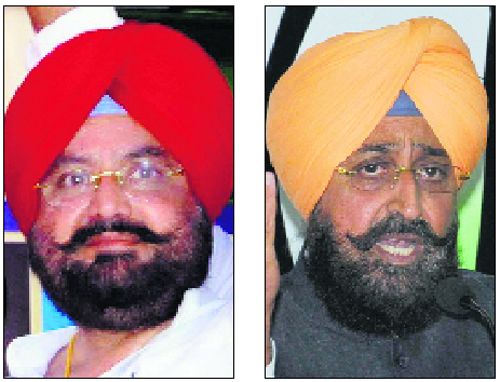 The Bajwa brothers — Rajya Sabha MP Partap Singh Bajwa and Qadian sitting MLA Fateh Jung Bajwa — have put themselves on a collision course with both staking claim to their home seat of Qadian. Partap’s RS term ends in April next year, a month after the formation of the new Punjab Assembly. Though he had indicated on several occasions that he would contest the Assembly poll, he today announced the seat he had chosen — Qadian — and claimed that he had the “green signal” from the high command. Incidentally, the AICC today appointed Partap as chairman of the Congress manifesto committee for Punjab.

Reacting to the development, Fateh said he failed to understand “what his brother was up to”. “I have stood by him through thick and thin. In any case, the lower he goes, the higher I go. Let me tell him that I am here to stay. I will contest from Qadian and that’s final,” he said.

Last week, Fateh had held an impressive rally in Kahnuwan, which was attended, among others, by PCC president Navjot Singh Sidhu and Amritsar MP Gurjeet Singh Aujla. This was seen not only as a show of strength, but the Bajwa Junior had also kick-started his campaign with the rally. Partap had distanced himself from the proceedings. Fateh and his son Arjun Partap, who is a member of the Gurdaspur zila parishad, had worked hard during Covid. The family’s NGO Satbachan Foundation was at the forefront of distributing Covid kits among masses during the lockdown. The father-son duo had gone from village to village to impress upon the locals the need to get vaccinated.

Partap, who has remained the PPCC chief, is also a three-term MLA from Kahnuwan, the seat that was rechristened as Qadian post-delimitation in 2012. He started his career in 1976 as a student leader in DAV College, Chandigarh. In the 2009 General Election, he beat three-time MP and film icon late Vinod Khanna by 8,000 from Gurdaspur.