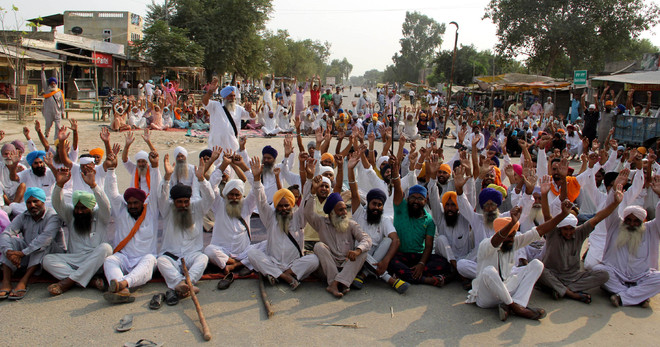 Aggrieved families and various Sikh groups have declared to hold protest on April 19 at the doorstep of the Punjab and Haryana High Court against the rejection of the SIT report on the Kotkapura incident.

Sikh Youth of Punjab (SYP) president Paramjit Singh Mand, after presiding over a meeting of his party office-bearers at Dal Khalsa office in Amritsar, said Dal Khalsa, SAD (Amritsar) and United Akali Dal, along with the aggrieved family members, had decided to hold a protest against the HC order rejecting the SIT report.

He said the HC judgment had dashed all hopes of justice in the case. On the resignation of SIT head IG Kunwar Vijay Partap Singh, Mand said the police department needed a morally upright officer to usher in reforms and justice.

The meeting also discussed the ongoing farmers’ agitation and decided to participate in the proposed Parliament gherao in May. The meeting warned the Centre not to underestimate the resolve and steadfastness of protesting farmers. They said the agitation would last till the three laws were repealed. — TNS