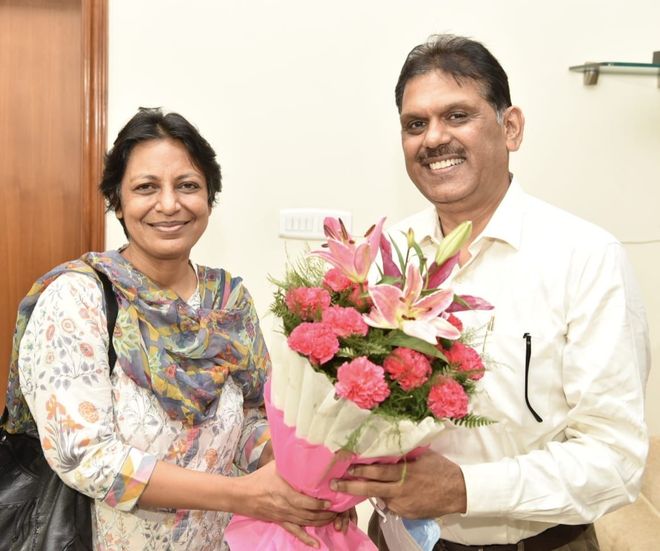 The new political dispensation in Punjab, headed by Chief Minister Charanjit Singh Channi, has chosen Anirudh Tiwari as the new Chief Secretary. He was serving as the Additional Chief Secretary, Development.

While three other officers — Ravneet Kaur, next in seniority to Mahajan, besides Sanjay Kumar and VK Singh — were among the top contenders, 1990-batch officer Tiwari was ultimately picked by the Channi-Sidhu team. His role in the Agriculture, Finance, Power and Personnel departments over the past few years ultimately worked in his favour.

While in principle, the senior-most IAS officer is to be considered for the top administrative post, for several years now, the government of the day has been picking officers of their choice to handle the job of coordinating between various departments. Tiwari, who hails from Patiala, was instrumental in putting Punjab on the national map for promoting renewable energy generation in the state.

Having served as Secretary, Power, he will be required to fulfil the promise of making electricity cheaper by either renegotiating or scrapping the PPAs with producers, coming up with a sand mining policy, besides helping the ruling political dispensation in settling the ongoing farmers’ agitation.