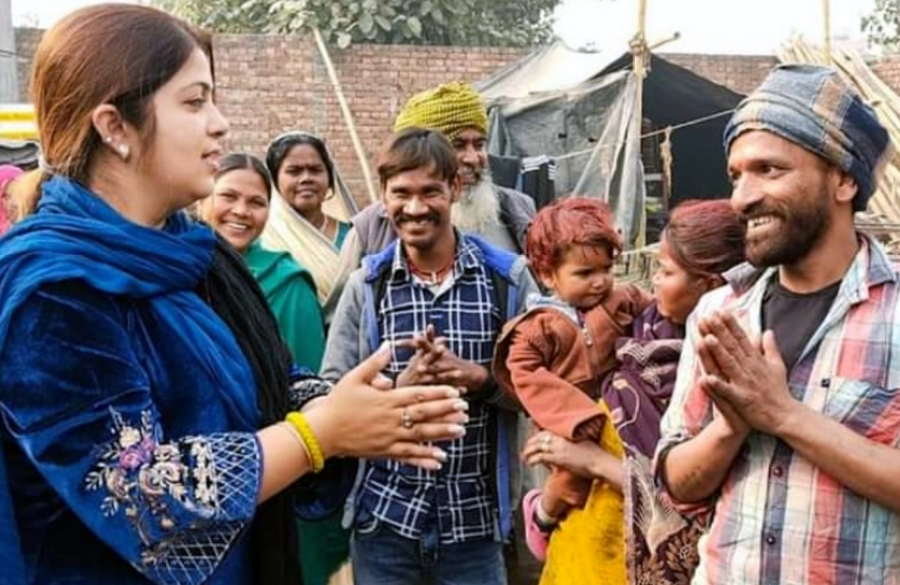 Malvika Sood during a door-to-door campaign in Moga. Tribune photo

The Election Commission had ordered that no political rallies, road shows or street corner meets will be allowed till January 15, said Harish Nayyar, District Magistrate-cum-District Election Officer. The RO has sought a reply from Malvika Sood on the public gathering held at her brother’s residence on Monday. CM Charanjit Singh Channi and PCC chief Navjot Singh Sidhu had come to Sood’s residence to induct her into the party. Several othe leaders and hundreds of local party workers and mediapersons were also present on the occasion. Satwant Singh said he had come to his notice through media reports that the gathering was in contravention of the EC orders. A similar notice has been issued to local MLA Dr Harjot Kamal who held a show of strength on Monday outside his residence. The march only stopped after a warning by the police. The SDM said he had also issued a notice to the BJP for holding a public event at Shaheedi Park. — TNS