Bathinda: Won't give up till cases withdrawn, say farmers 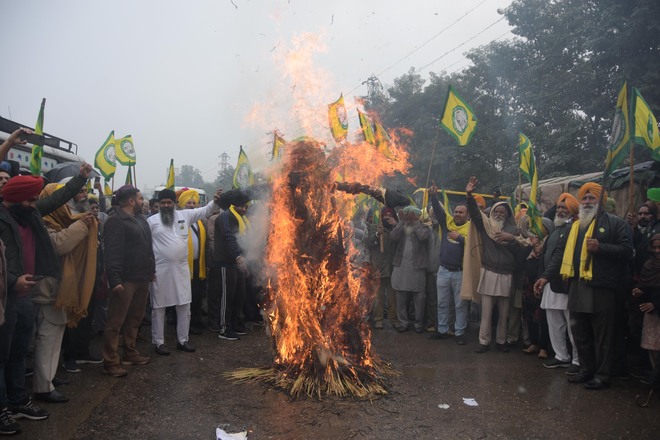 Scores of farmers under the banner of BKU (Ekta Ugrahan) staged a protest and burnt an effigy of Prime Minister Narendra Modi at Hanuman Chowk here on Wednesday. Farmer leaders said that today’s protest was against the PM’s visit to the state.

Despite rain and cold weather conditions, a large number of farmers gathered at the protest venue and raised slogans against the Union Government and PM before burning latter’s effigy.

Jhanda Singh Jethuke, state senior vice-president of the union, said, “We staged protest today against Prime Minister Narendra Modi’s visit to the state today as the Centre has failed to deliver on promises made to farm unions. More than 700 farmers died during the agitation against three agricultural laws brought by the Modi government. Cases registered against farmers during the agitation have not been cancelled by the government yet.”