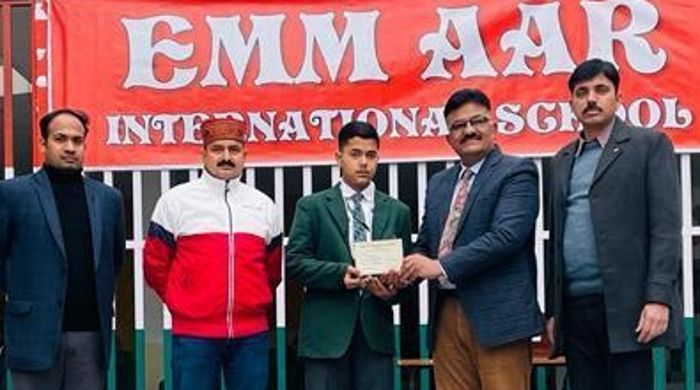 Following in his father's footsteps in defence services, Sujal Jaswal, an NCC Cadet of the school, has made it to the Rashtriya Military School, Chail. His father said the result was an outcome of hard work over several years. "Sujal worked hard, joined the NCC, followed a fixed schedule and followed the guidelines and training provided by school teachers." In an interaction, Sujal gave credit to his teachers, Principal and the school management for their guidance. Principal Navdeep Vashista and CEO Mohit Shinde applauded him and wished him luck for the future. School chairman Sarav Mohan Tandon said the school had been producing good students for the past 21 years and the tireless efforts of Cadet Sujal and his dedication towards serving his nation made this outcome possible.