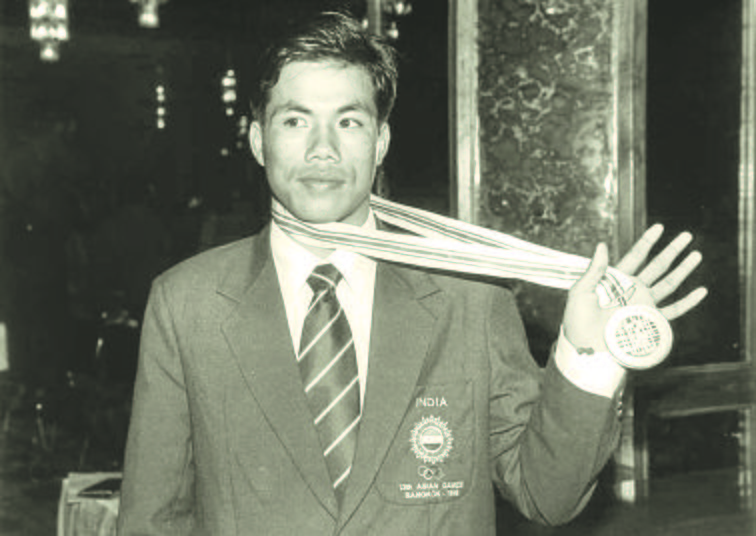 When he ended India’s 16-year wait for the Asian Games gold medal in 1998, N Dingko Singh was felicitated by the then Prime Minister Atal Bihari Vajpayee. As he lost his battle against liver cancer, it was perhaps a fitting end that the current Prime Minister Narendra Modi led a host of personalities in grieving the loss of perhaps one of the greatest icons who woke the country out from its sporting slumber in Bangkok 23 years ago.

Dingko, who was struck with Covid-19 last year and then jaundice, breathed his last in the early hours of Thursday.

“Shri Dingko Singh was a sporting superstar, an outstanding boxer who earned several laurels and also contributed to furthering the popularity of boxing. Saddened by his passing away. Condolences to his family and admirers. Om Shanti”, the Prime Minister tweeted.

Joining him in grief was Sports Minister Kiren Rijjiju. “I’m deeply saddened by the demise of Shri Dingko Singh. One of the finest boxers India has ever produced, Dinko’s gold medal at 1998 Bangkok Asian Games sparked the Boxing chain reaction in India. I extend my sincere condolences to the bereaved family. RIP Dinko,” Rijiju tweeted.

For someone who gave Indian boxing and sports his everything, Dingko’s later years, especially after he was diagnosed with liver cancer, was a struggle of gigantic proportions.

“Dingko was a great boxer, he won us an elusive gold in Asian Games and yet he had no money. Boxers and a few others (Sports Ministry) had to pool in money last year to help him out when his condition deteriorated,” boxer Akhil Kumar said.

“Things like that make you sad. I have trained with him. He was a fighter and stood for issues outside the ring as well. But I wish, like many in our sport, he should have done much better with the talent he had,” the Beijing Olympian said.

Dingko was very disciplined when it came to his training and bouts but had a penchant for making news for all the wrong reasons outside the ring. Before the 1998 Asian Games, he threatened to commit suicide two days before the departure of the contingent after knowing that he was set to be dropped from the team.

“He tried to commit suicide. God was on our side that he was saved and was able to participate,” said a team member, who did not wish to be named.

Besides, he had numerous tiffs with the authorities over sub-standard food or kits. He was also suspended from the Sports Authority of India Imphal centre for slapping a female weightlifter.

GS Sandhu, former chief coach of the Indian boxing team, said Dingko was a misunderstood athlete. “It is wrong to say or suggest that he was controversial. We have lost one of the biggest names that resurrected boxing today. He used to help others a lot,” Sandhu said.

“Let me put it this way. You cannot raise a bull like a cow. He was different. He had a personality which can be construed as aggressive but he was anything but that,” he added.