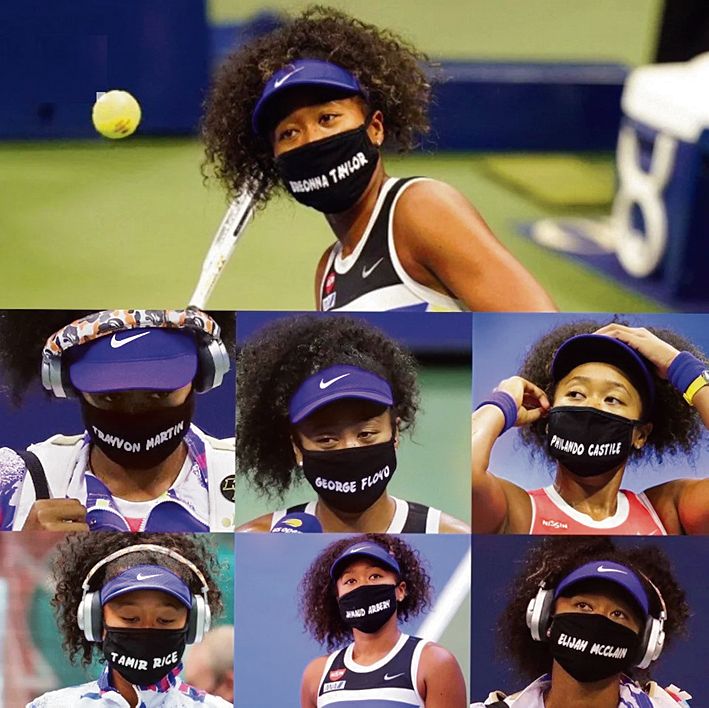 Naomi Osaka capped a transformative US Open with another Grand Slam title and a challenge to the millions watching across the globe yesterday to “start talking” about racial justice. Striding into Arthur Ashe Stadium for her first-round match 12 days ago, Osaka put her activism front-and-center from the start, wearing a mask to honor Breonna Taylor, a Black woman killed by police officers who burst into her apartment in March. Osaka would go on to recognise seven different Black Americans — one for each of the seven rounds of the tournament — bringing the Black Lives Matter protests against police brutality to her sport’s broad international fan base. Asked after her final what message she hoped to send with her masks, she turned the question on her interviewer, “What was the message that you got? The point is to make people start talking.” Osaka, who was born in Japan to a Haitian father and Japanese mother, spent her formative years in the US and lives in Los Angeles. She represents her birth country in competition but her influence defies international borders. One of the most recognised personalities in Japan, Osaka sent shockwaves through her sport before the tournament even began. She forced the postponement of the Western & Southern Open semifinal late last month after opting out of the match in protest over the police shooting of Jacob Blake. Reuters