Afghanistan is now the only country in the world that forbids girls’ education: Nobel Peace Prize laureate in open letter 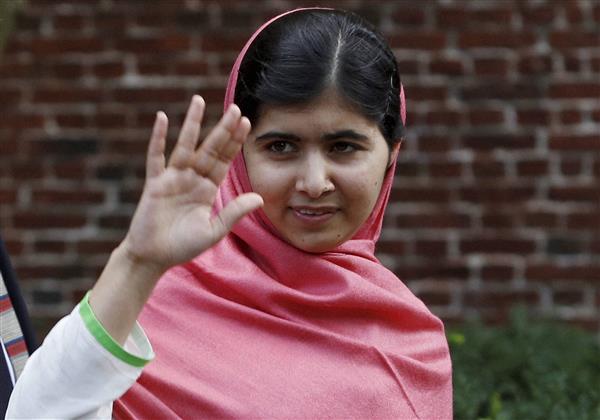 Malala Yousafzai has appealed to the Talibani leadership in Afghanistan to revoke the de facto ban imposed on female education and immediately reopen girls senior secondary schools across the nation, emphasising that the new rulers in Kabul should abide by their assurances given to the world of respecting women’s rights.

In an open letter written to the Taliban regime following the tough rules imposed on the girl’s education, the 2014 Nobel Peace Prize laureate said that Afghanistan is the only nation in the world that forbids girl’s education.

“Afghanistan is now the only country in the world that forbids girls’ education. Leaders everywhere must take urgent, decisive action to get every Afghan girl back in school,” the 24-year-old London-based Pakistani activist said in the letter which was posted on her Twitter handle.

“To the Taliban authorities, you assured the world that you would respect the rights of girls and women — but you are denying millions their right to learn. Reverse the de facto ban on girls’ education and re-open girls’ secondary schools immediately,” she added.

Malala, who was critically injured by a Tehrik-i Taliban Pakistan gunman in 2012, also urged the leaders of the powerful G20 nations to put efforts beyond just discussion on such matters.

“To the leaders of the G20 nations, discussing the importance of education isn’t enough. Use the G20 Leaders’ Declaration to call on the Taliban to allow girls to go to school and provide urgent funding to support a coordinated education plan for all Afghan children,” she said.

Malala said religion does not justify preventing girls from going to school.

“To the leaders of Muslim countries, religion does not justify preventing girls from going to school. Make this clear to Taliban leaders by issuing public statements on the Islamic imperative for girls’ complete education,” she said in the letter.

“The longer a girl stays out of school, the less likely she is to return. Join us in calling on leaders around the world to defend Afghan girls’ right to learn and lead,” she added.

The hardline Islamists seized power in Afghanistan in August after the United States and the NATO powers decided to pull out their respective forces from the war-torn nation after 20 years.

The Taliban have effectively banned girls from secondary education in Afghanistan, by ordering high schools to reopen only for boys. PTI