Tunisia rescues 487 migrants in crowded boat off its coast

This year alone, United Nations officials estimate that 1,600 people have died or gone missing in the Mediterranean 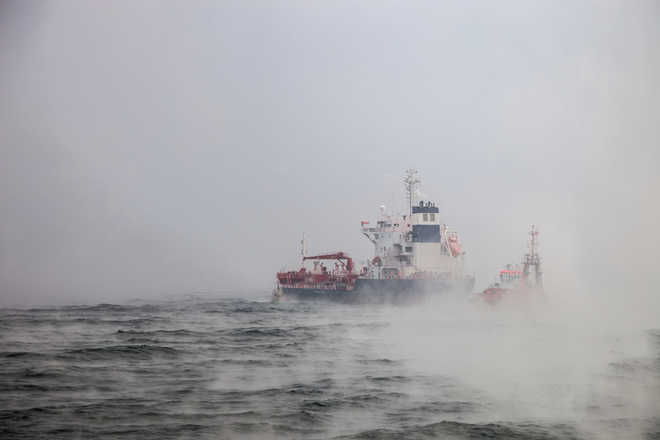 Tunisia’s defence ministry said 487 migrants, including 93 children, were rescued on Friday off the North African country’s coast as they tried to cross the Mediterranean Sea to Europe in an overloaded boat.

The ministry said in a statement that the vessel had left from neighbouring Libya carrying migrants from Africa, Asia and the Middle East.

The rescue operation was led by a Tunisian patrol boat and ships from the country’s navy and national guard near the island of Kerkennah, off the city of Sfax.

Amid the migrants were 162 Egyptians, 104 Bangladeshis, 81 Syrians, 78 Moroccans and others from Pakistan, the Palestinian territories and several African sub-Saharan countries, the ministry statement said.

This year alone, United Nations officials estimate that 1,600 people have died or gone missing in the Mediterranean, the main gateway to Europe for migrants trying to enter the continent with the help of human smugglers.

The busiest and deadliest migrant route to Europe is the central Mediterranean, where people travel in crowded boats from Libya and Tunisia — and in some cases all the way from Turkey — toward Italy.

About 60,000 people have arrived in Italy by sea this year, and some 1,200 have died or disappeared on the journey, according to the U.N. High Commissioner for Refugees. —AP