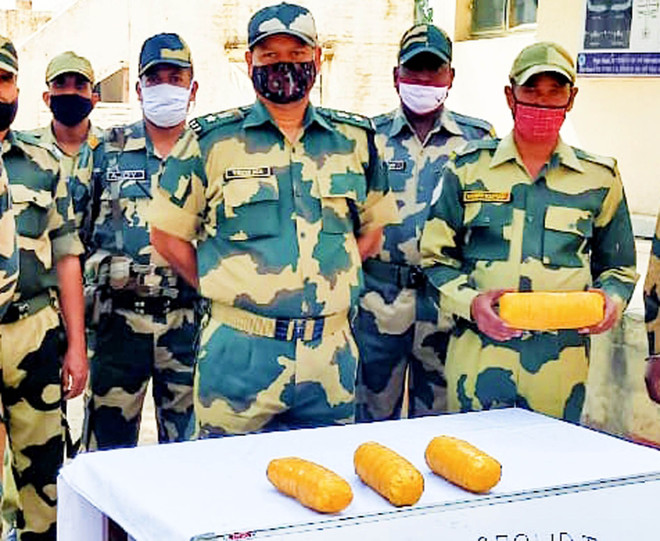 BSF officials with the packets of heroin seized from the India-Pakistan border in Amritsar. Tribune photo

The BSF on Monday seized 4 kg of heroin from the India-Pakistan border area under the 71 Bn of the BSF, Amritsar sector. This was the second seizure within a span of one week when an attempt to push a consignment of the contraband was thwarted on the Indian side. However, no arrest was made. A BSF official told that four packets weighing 4 kg of the contraband suspected to be heroin were seized.

Earlier, from the same area, the same BSF troops had recovered two transparent plastic bottles lying abandoned which had heroin weighing approximately 1 kg on October 5. The official said the BSF had confiscated a total of 430 kg of heroin since January. — TNS