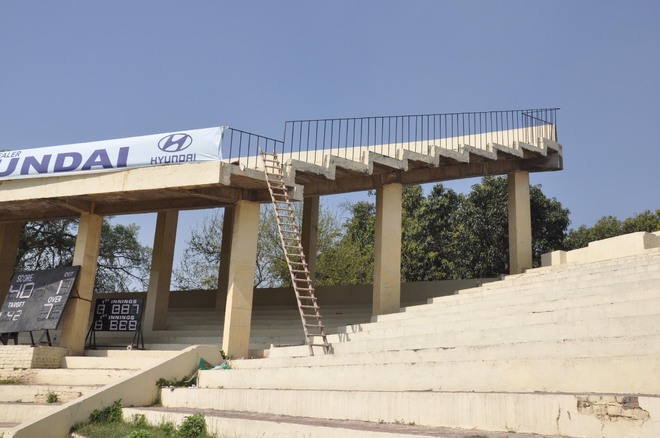 first match here was played in 1933 n The first match was played between India XI and MCC in 1933. The Indian cricket team was led by Maharaja Bhupinder Singh along with Lala Amarnath, Col CK Naidu and Surjit Singh Majithia n The Gandhi Ground hosted the last international match between India and New Zealand in 1995

Even after 88 years Gandhi Ground (cricket stadium), which had hosted several international matches, is far from completion. Though many international tournaments in the past were held here, but things went wayward as the stadium was not developed as per the guidelines of the Board of Control for Cricket in India (BCCI).

Forget about the state-of-the-art equipment, even basic facilities were crying for attention.

An announcement to install floodlights was made in 2009 and expression was received from five companies, but things did not materialise.

In 2015, former cabinet minister Anil Joshi had shown interest to elevate the ground as per international standards to host IPL matches, however, nothing positive came out. Veteran cricketers said Gandhi Ground played an essential role in honing their skills. They said in the absence of quality cricket ground, it would be difficult to produce cricketers.

A peep into the past

Gandhi Ground (roughly spread on 22 acres) was established in 1932 with a donation from Maharaja Bhupinder Singh of Patiala and then Punjab Government. Subsequently, Guru Nanak stadium, badminton hall, AGA Club, Cosmo Club, Virsa Vihar and other entities were carved out of it. Now, the cricket stadium is situated on nine acres.

The first match was played between India XI and MCC in 1933. The Indian cricket team was led by Maharaja Bhupinder Singh along with Lala Amarnath, Col CK Naidu and Surjit Singh Majithia.

He said Mayor Karamjit Singh Rintu had announced a grant of Rs1 crore for the ground. He said the first priority was to prepare the pitch and surrounding ground. Bakshi said around eight samples of soil have been received for the same.

Around six new rooms would be constructed for which Rs3 crore would be required to install floodlights to host day-night matches.