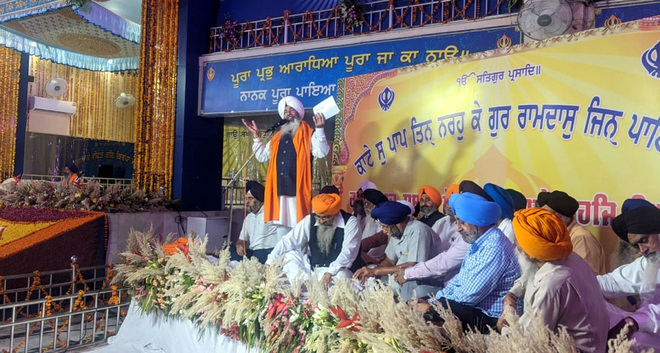 A poet recites a poem at Manji Sahib Hall at Golden Temple complex.

The Shiromani Gurdwara Parbandhak Committee organised a Kavi Darbar at Gurdwara Manji Sahib, Diwan Hall, Darbar Sahib, on Saturday on the occasion of the birth anniversary of Guru Ramdas.