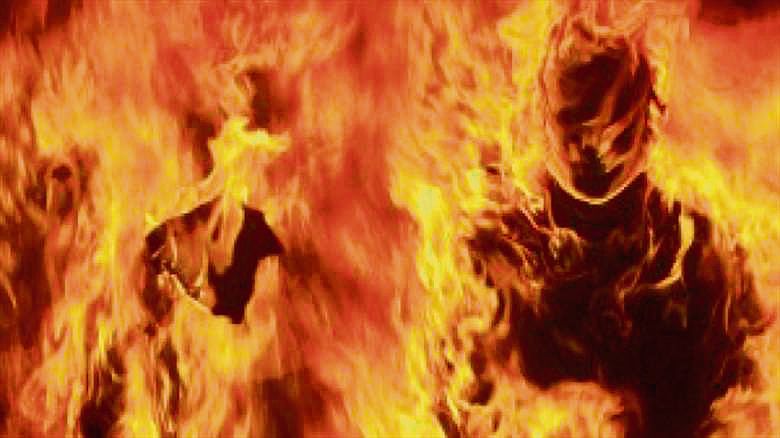 Amritsar: A fire broke out near the bus stand police post here on Wednesday. Several vehicles impounded by the police were gutted in the fire. However, no loss of life was reported. Lovepreet Singh, Divisional Fire Officer, said: “We got a call at 1.10 pm. Our fire tenders left immediately and reached within a few minutes. We had sufficient equipment to control the fire and it was doused till 2 pm.” Several other vehicles and busses were parked in the same area, but these were evacuated safely. The reason that led to the fire is unknown. The police claim the loss was major as several vehicles were case properties, which were sub-judice. TNS

Amritsar: The Bharatiya Janata Party Mahila Morcha staged a protest near the residence of Cabinet Minister Om Parkash Soni over the issue of women security in state. Speaking on the occasion, Alka Sharma, president of the morcha, said in the last four-and-a-half years of the Congress rule in state, no concrete steps had been taken to insure safety of women. She alleged that law and order situation had completely deteriorated in the state during the Congress rule and instances of chain snatching and eve-teasing were on the rise. While the workers of the BJP tried to reach near the residence of OP Soni, they were stopped by the police, which had installed barricades on the way. Sharma demanded that the Chief Minister fulfil all promises made by him before the elections. TNS

Tarn Taran: Divyangs submitted a memorandum to DC Kulwant Singh here on Wednesday for MP Jasbir Singh Dimpa and demanded battery-fitted motorised tricycles for them. The members with special needs under the banner of Angheen and Blind Union, Punjab, in the memorandum said that the administration had organised a special camp for them on March 2 for releasing tricycles. Lakhveer Singh Saini, state president, and Kulwant Singh Lauhuka, district president of the organisation, said that persons with special needs often travel to far off places to do their jobs hence they required motorised tricycles. OC