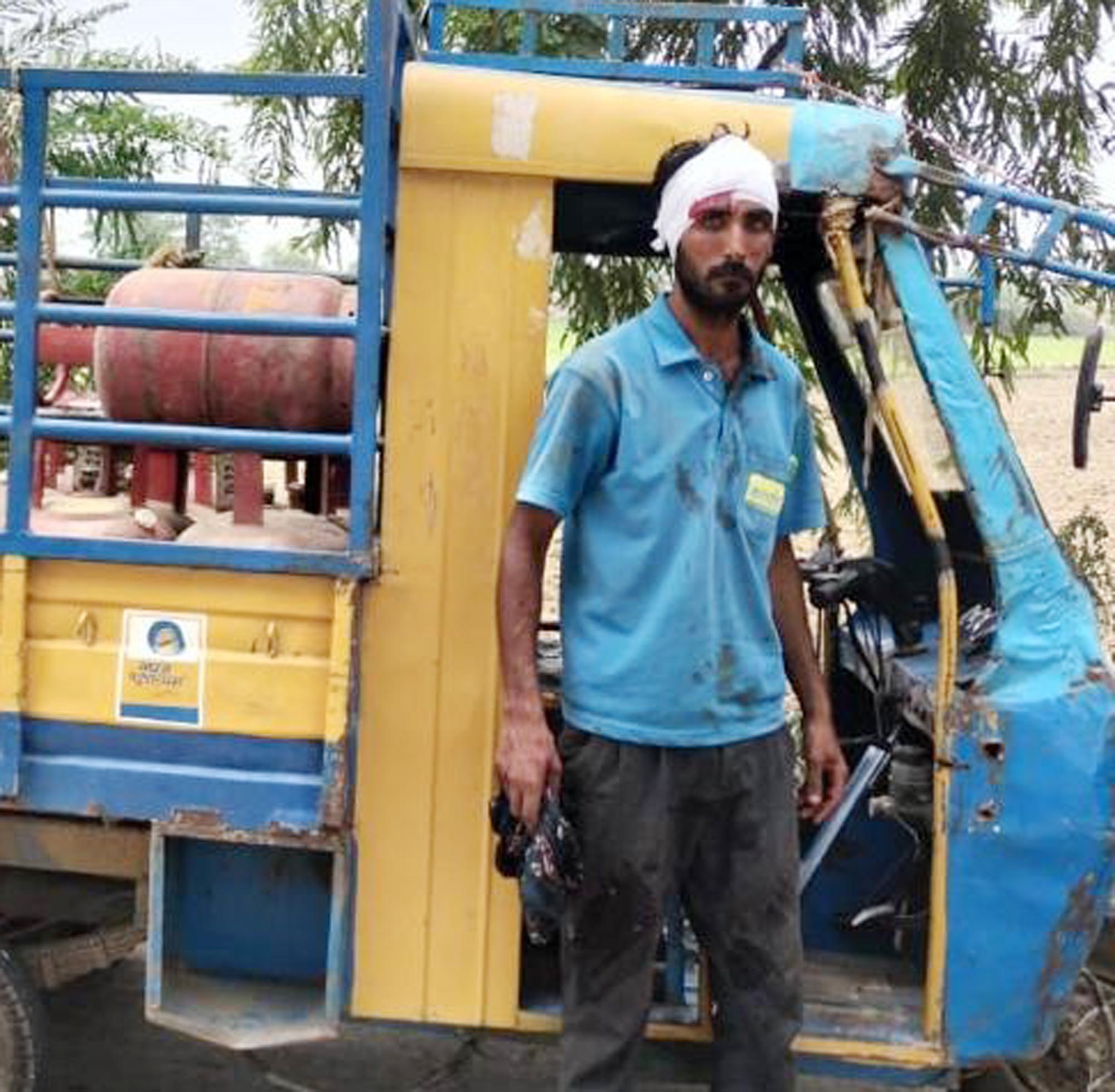 Dilbagh Singh, who was robbed at Sanghna village. Tribune photo

Armed robbers looted a gas agency delivery man identified as Dilbagh Singh (31), a resident of Kotli Naseer Khan in Gharinda, when he was returning to his native village from Thande village here on Saturday.

The accused attacked him with an iron rod and left him injured before decamping with cash to the tune of Rs 20,700. Though the police have registered a case in this connection, there has been no breakthrough in the case so far.

Dilbagh Singh said when he reached near Sanghna village, two motorcycle-borne masked miscreants intercepted the auto-rickshaw he was travelling in. Pointing a sharp-edged weapon at him, they asked him to hand over the cash. They also took away his mobile phone from him and escaped towards Thande village.

The Chatiwind police have registered a case under Section 379-B of the IPC against unidentified robbers and launched further investigations.

In another case, three armed robbers reportedly snatched motorcycle from two Jammu and Kashmir students when they were returning to Adesh Medical College in Bathinda.

Ramid, a resident of Rup Nagar Colony, Jammu, told the police that he along with his friend from Kupwara (Kashmir) stopped on the Tarn Taran bypass road to answer the call of nature.

The Chatiwind police have registered a case under Section 379-B of IPC against unidentified persons in this connection.