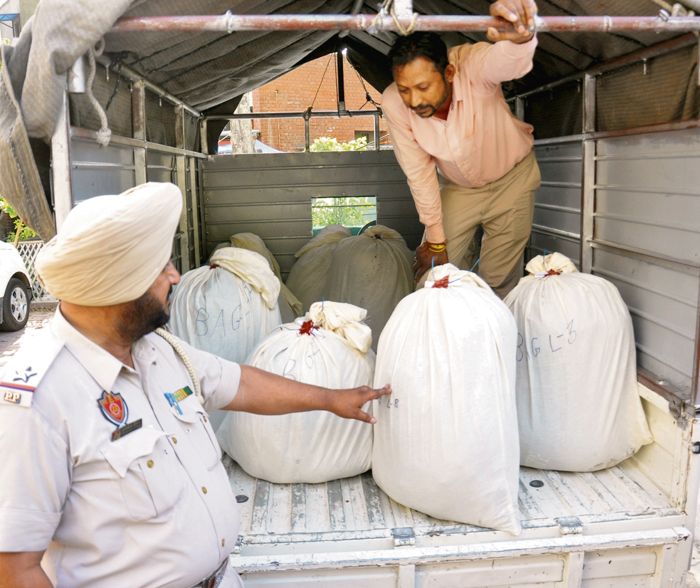 Nearly one and a half years after the seizure of 194 kg heroin from Akash Avenue in Sultanwind village by the Special Task Force (STF), the probe has now been handed over to National Investigation Agency (NIA).

The probe was handed over to the NIA by the Ministry of Home Affairs. A team of the NIA will be arriving in the city this week for taking over the case. The STF had nabbed Afghan national Arman Basharmal along with several others, including former Subordinate Service Selection Board member Anwar Masih and Pollywood actor Mantej Mann in the case.

The Gujarat and Punjab Police had zeroed in on the prime suspect Simarjit Singh Sandhu, a resident of Amritsar, who is currently living in Italy. According to the police, he was the mastermind behind smuggling of heroin in India

Vavinder Mahajan, DSP, STF, said the case was currently under trial in a local court. During the investigations, the STF officials believed that 194 kg heroin was a part of the 300-kg drug consignment that was smuggled into India through Mandvi coast in Gujarat in 2018. A Gujarat Police team had also visited Amritsar to join probe and question the suspect arrested by the Punjab Police. It was believed that around 200 kg of contraband was allegedly sold to Ankush Kapoor which was later smuggled to Punjab.

The Gujarat Police as well as Punjab Police had zeroed in on the prime suspect Simarjit Singh Sandhu, a resident of Amritsar, who is currently living in Italy. According to the police, he was the mastermind behind smuggling of heroin into India. STF officials said Sandhu was likely to be extradited soon though he had filed an appeal in an Italy court against it. The STF had also nabbed Ankush Kapur, Tamanna Gupta, Sahil Sharma and Sukhbir Singh Happy besides others in the seizure case. — TNS