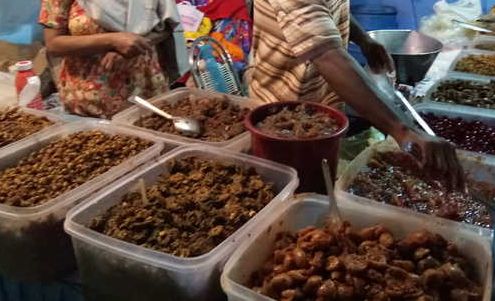 The Amritsar Achar-Murabba Association has declined the state government’s proposal asking vegetable and fruit processors to set up a food park on 10 acres of land. - File photo

The Amritsar Achar-Murabba Association has declined the state government’s proposal asking vegetable and fruit processors to set up a food park on 10 acres of land.

In return, the government would give 35 per cent subsidy on the total investment to the processors.

Rakesh Thukral, president of the association, said: “The Association had received a proposal in this regard from the state food processing ministry a few days back.”

He stated that it was not possible for the processors to establish the park as it would require investment in crores. He added that there were 40 tiny food processing units in the holy city and they did not have enough liquidity to raise such a massive infrastructure.

Setting up of a park would include raising infrastructure in the shape of road and sewerage network, street lights, securing NOCs from different departments, but not before identifying the land.

He said all members of the association were ready to work in syndicate provided the government set up the infrastructure. He said this proposal had been forwarded to the government.

The holy city is a hub for achar (pickles) and murabba (preserve) market due to its high quality water. Indirect export of achar, murabba and sharbat also take place while processors are of the view that there is immense scope of export from here as the city boasts off international airport with connectivity to various countries.

Raja Sethi, a food processor, said, “Across the globe, food processing is considered a sunrise sector because of its huge potential for growth.”

However, the industry falls under the 21 per cent tax (Central and state) category, while there is ‘no tax’ in Haryana and Delhi.