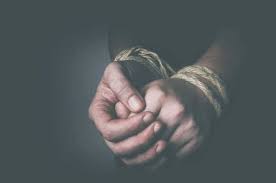 Three unidentified robbers struck at a retired Indian Air Force officer’s house on Yasin Road in the Civil Lines police station area on Wednesday. They looted jewellery and cash from the house.

The second-in-chief of the Indian Air Force, (Air Commodore) Inderbir Singh Sidana (retd), was taken hostage by the miscreants and robbed of jewellery worth Rs 22 lakh and Rs 12 lakh. Three masked robbers entered the house in the evening.

Sidana of Yasin Road said they were making preparations for his daughter’s wedding. On Wednesday, he was alone in the house. Meanwhile, the youths entered his house. When he tried to raise an alarm, one of the robbers tied his hands and feet with a sheet. When he tried to make noise, a robber stuffed a cloth in his mouth. Then his eyes were also wrapped with a bandage.

After this, the robbers took away Rs 22-lakh jewellery and Rs 12 lakh. ADCP Prabhjot Singh has claimed that the robbers will be traced and nabbed soon.