LUDHIANA: The weather-hit erratic rail traffic in the region has taken a turn for the worse due to Gujjar’s agitation in Rajasthan. 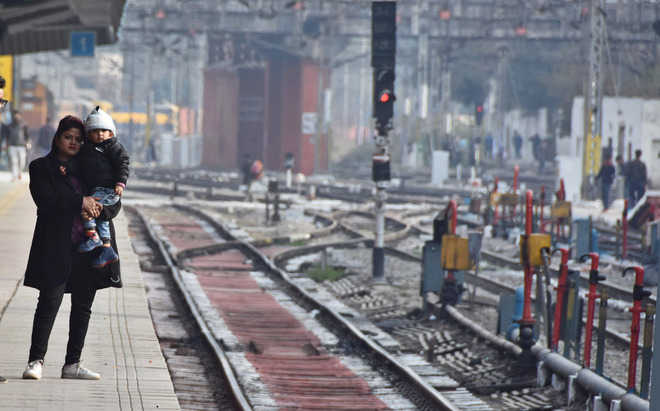 The weather-hit erratic rail traffic in the region has taken a turn for the worse due to Gujjar’s agitation in Rajasthan.

The railways announced the cancellation of 11 trains on Monday, while many other long-route trains were either diverted or running behind schedule. It was another rough day for air travellers as well since the lone Delhi-Ludhiana-Delhi Air India flight 9837/9838 was also cancelled due to operational constraints.

The local Air India office said the flight had been cancelled due to operational reasons and 51 passengers from the city had booked their tickets. Almost an equal number of passengers were to take the Delhi-Ludhiana flight.

The 12926 Amritsar-Bandra Terminus Pashchim Express was rescheduled by 1.40 hours and the same train that left Amritsar on Sunday was diverted via alternate route between Mathura and Nagda. The railways said the possibility of partial cancellation, diversion or delay in running of trains passing through agitation-hit Rajasthan during the day could not be ruled out.