JALANDHAR: Beginning their “Bijli Andolan” today, Aam Aadmi Party leaders today held a programme at their party office galvanising its workers and supporters to campaign against the government for doing “nothing” to check increasing power tariff. 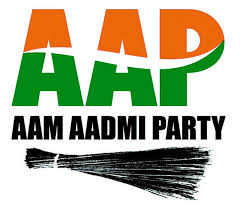 Beginning their “Bijli Andolan” today, Aam Aadmi Party leaders today held a programme at their party office galvanising its workers and supporters to campaign against the government for doing “nothing” to check increasing power tariff.

Three MLAs including — Meet Hayer from Barnala, Budh Ram from Budhlada and Jai Kishan Rodi from Garhshankar — said the Congress had come to power assuring people that they would review the agreements with private players in electricity production and would get these scrapped. But nothing was being done. “The state has to pay up Rs 2,800 crore to these companies annually,” they added.

Chairman of the core committee of AAP Budh Ram said, “Beginning today, we have appointed our coordinators at local levels starting from Anandpur Sahib and Jalandhar. They will form teams and visit villages to take this matter with the masses. We will also go on roads and gherao the residence of the CM in the next phase of our protest.”